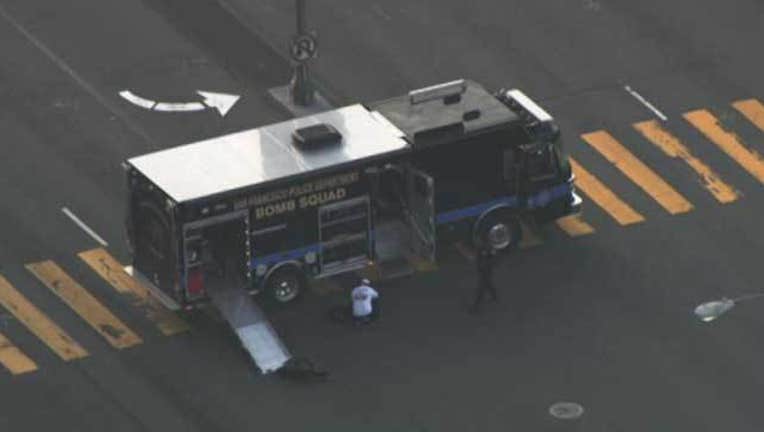 The package was reported at about 3:15 p.m. when someone found a box, about 20 inches wide and 20 inches high, on the sidewalk near the intersection of Geary and Arguello boulevards, San Francisco police spokeswoman Officer Grace Gatpandan said.