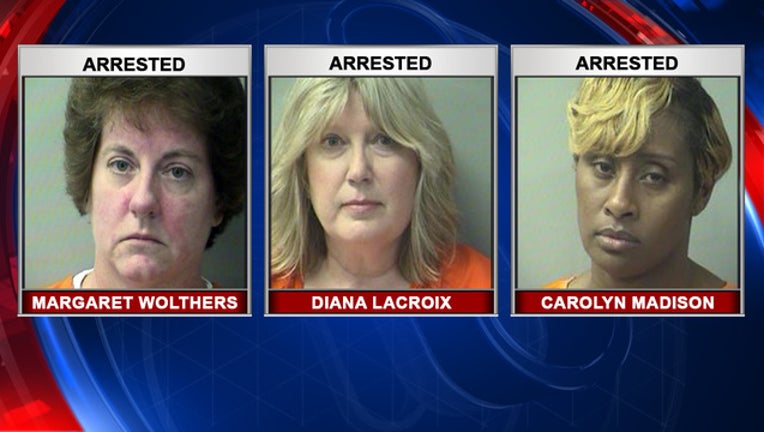 CRESTVIEW, Fla. (AP) - A Florida special education teacher and two aides are charged with abusing children with autism by blowing whistles into one's ears and locking them in dark bathrooms.

Sheriff Larry Ashley said the women abused three children between ages 8 and 10 from September to November. He said the women would hold the arms of one child while blowing a whistle into the child's ears. He said all three children were locked separately into a bathroom with the lights off for up to 90 minutes.

The women said they were disciplining the children and felt the practices acceptable.