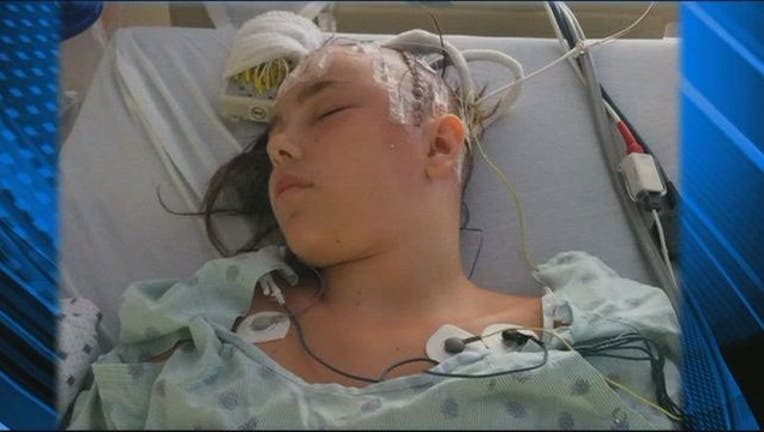 18-year-old Mysha DeJong is prepared to graduate high school, on-time, with the rest of her classmates in just two weeks.

The accomplishment means a lot to Mysha, who had the left side of her brain removed during major surgery to correct an issue she's had since birth.

She was born with a brain malformation, that frequently led to seizures.

"She was taking about 27 pills a day. Her brain was in a constant state of seizure, not always physically, but the brain itself seized and it made her unable to learn, unable to function," says Mysha's mother Melissa Holman.

After years of doctors' visits around the country, Mysha finally had surgery on her brain at the beginning of her freshman year. Part of the brain that was removed, controls speech and vision, but with successful surgery, Mysha was ready to get back on her feet.

Her mother says she began physical therapy the day after the procedure.

According to Fox 8, Mysha also began to catch up on her school work to keep from falling behind. Meanwhile, she had lost 50% of her vision, and her right arm was paralyzed.

With prom out of the way, Mysha has her sights set on her June 5th graduation date. After that, she hopes to take on community college, before attending a four year college.