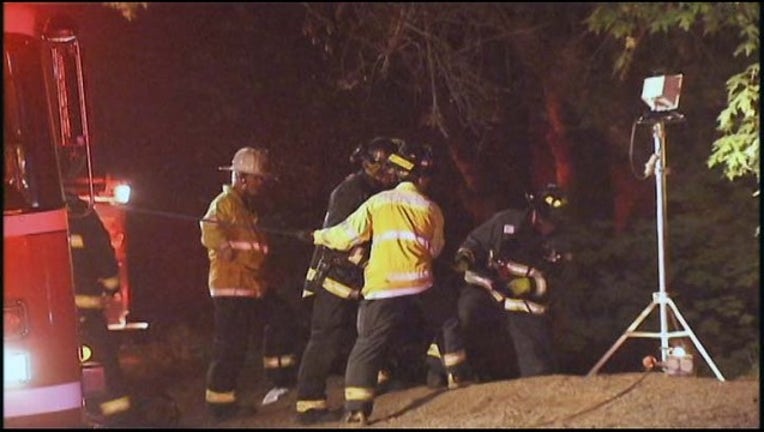 CASTRO VALLEY, Calif. (KTVU and wires) – A Newark teen was killed after being ejected from the bed of a pickup truck after it careened off a roadside cliff near Castro Valley late Monday night, authorities said.

The California Highway Patrol said the 1994 Mazda pickup truck occupied by four people was heading south on Palomares Road about 3 miles north of Niles Canyon Road just before 9 p.m. when the driver lost control on a curve.

Investigators said the truck came to rest on its roof at the bottom of a gully 30 feet from the road.

The crash ejected two people who were in the bed of the truck – one of them Lomesh.

The driver declined medical treatment at the crash site while emergency personnel took two others, 15- and 16-year-old males, to Eden Medical Center in Castro Valley for treatment. One had minor injuries and the other had moderate injuries, according to the CHP.

The CHP does not suspect that alcohol or drugs were involved in the crash.

The accident remained under investigation.