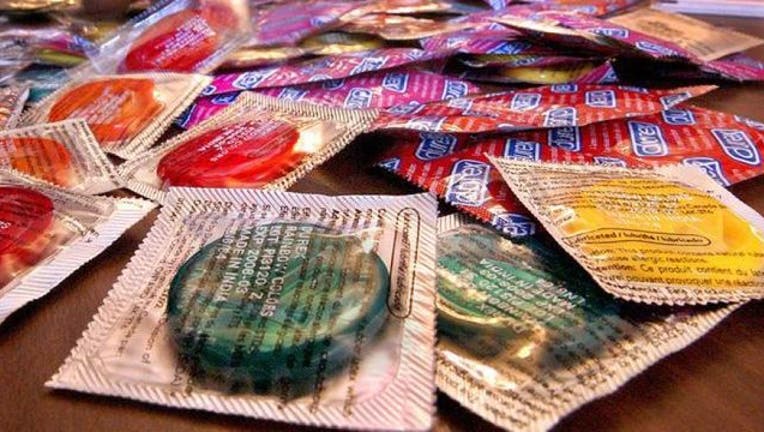 The condom, called the S.T. EYE, has a built-in indictor that turns different colors when it detects a strain of bacteria, including chlamydia and syphilis.

S.T. EYE won the best health innovation award at the U.K.'s TeenTech awards in London on Tuesday, bringing recognition for its three inventors: Daanyaal Ali, 14, Muaz Nawaz, 13, and Chirag Shah, 14, all students from Isaac Newton Academy in Essex, England. The students won about $1,500 and a trip to meet Prince Andrew at Buckingham Palace later this year.

"We wanted to make something that makes detecting harmful STIs safer than ever before, so that people can take immediate action in the privacy of their own homes without the invasive procedures at the doctors," Daanyaal told news.com.au. "We've made sure we're able to give peace of mind to users and make sure people can be even more responsible than ever before."

S.T.EYE is only a concept for now, TeenTech chief executive Maggie Philbin told The Washington Post.

"I think the reason the judges put this idea first was because the project showed how much learning these boys had done while researching STDs," she told The Post.