FREMONT, Calif. - Thousands of Tesla employees are still working on factory lines and in close quarters even after Alameda County’s directive to shelter in place.

An internal email sent to workers Wednesday from Tesla’s human resources explained the company had “conflicting guidance” but essential employees “should continue to report to work.”

Workers told KTVU they’re afraid to go to the factory because no precautions like hand sanitizer, washing stations or masks are available at the company’s Fremont production plant.

“We’ve been in limbo,” one worker who wanted to remain anonymous said. “We don’t know what to do. We thought they would shut down if the county shut down and they didn’t.”

Alameda County issued a “shelter in place” order earlier this week and as of Tuesday evening did not consider Tesla’s operation “essential business.”

“The directive is clear,” Sgt. Ray Kelly with Alameda County Sheriff’s Office said. “They can operate at minimal levels.” 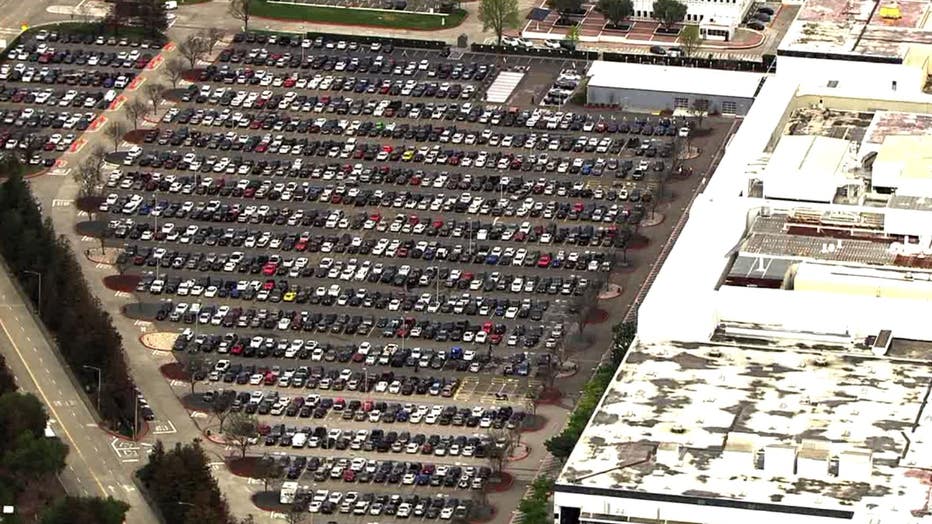 KTVU found packed parking lots Wednesday morning and buses dropping off dozens of workers. Many of the employees travel from outside the Bay Area to work every day.

“We’re not job protected and we’re not protected from the virus,” a worker told KTVU. “We’re constantly touching things that have been passed down by other hands.”

Other major automotive manufacturers including General Motors, Ford and Fiat Chrysler have all planned to suspend operations in the United States.

Tesla CEO Elon Musk did address the coronavirus in an email on Tuesday and said, “Don’t feel obligated to come to work.” But he also made light of the virus explaining he would be at work and compared COVID-19 to the flu.

“The harm from the coronavirus panic far exceeds that of the virus itself,” Musk said.

Pressure mounted Wednesday afternoon and Alameda County officials said the company planned to reduce its workforce from 10,000 to 2,500 at the Fremont factory.