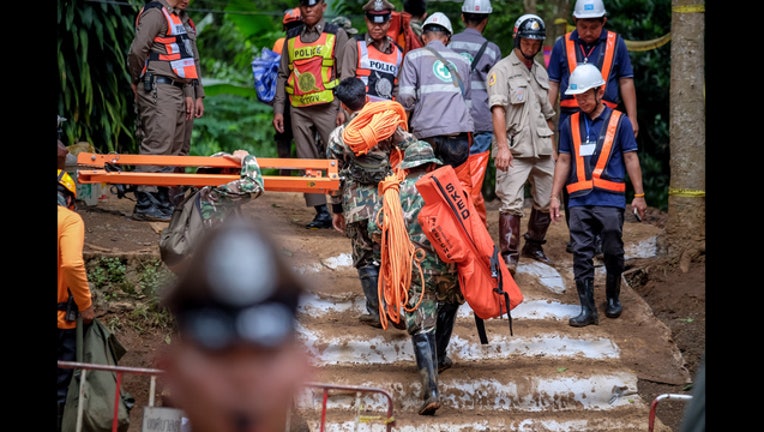 MAE SAI, Thailand (AP) -- A former Thai navy SEAL working as part of the effort to rescue a soccer team trapped in a cave died Friday from lack of oxygen, authorities said.

SEAL commander Arpakorn Yookongkaew told a news conference Friday morning that the rescuer was working in a volunteer capacity and died during an overnight mission in which he was placing oxygen canisters. He said while underwater, the rescuer passed out and efforts to resuscitate him failed.

"Despite this, we will continue until we accomplish our mission," Arpakorn said.

Thai authorities are racing to pump out water from a flooded cave where 12 boys and their soccer coach have been trapped since June 23, before more rains are forecast to hit the northern region.