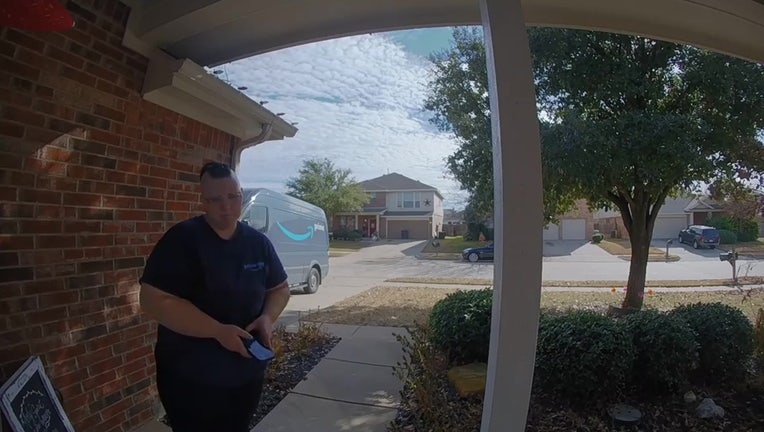 KELLER, Texas - A Keller homeowner’s small gesture went a long way for a delivery driver bringing a package to her home.

Jenny Buchanan has been setting up a care basket for the past several years. She puts out snacks and drinks for people delivering packages during the busy holiday season. 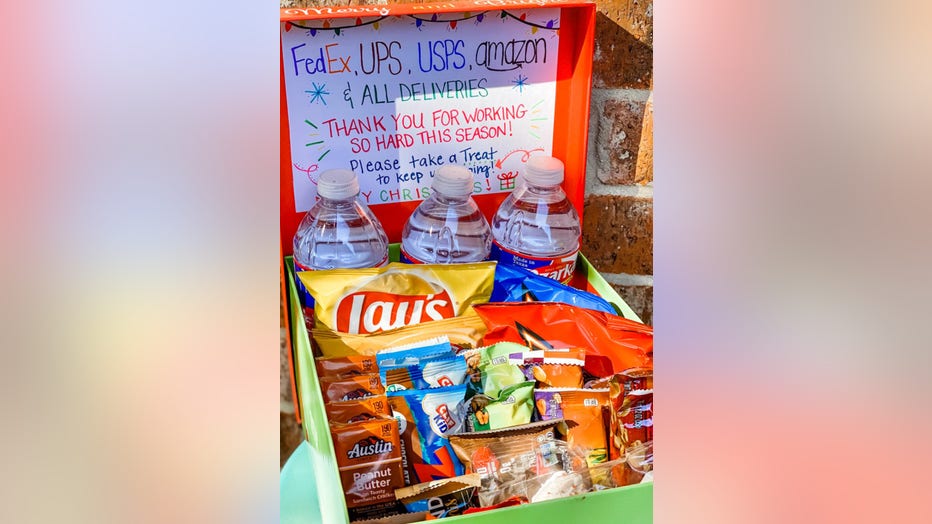 Buchanan says what her home security camera captured on Wednesday brought her to tears. She posted the video to Facebook.

“This sweet girl just looked and sounded so exhausted as she came up to drop off my delivery. Then when she notices the sign and just takes a moment to receive a small act of kindness and soaks it in,” Buchanan told FOX 4. “You can see her demeanor change. She truly feels valued and seen! I don’t even think she saw I had a Nest camera. She was so genuinely thankful!”

The delivery driver says, “Thank you for being kind” before walking back to her vehicle.

A Keller homeowner’s small gesture went a long way for a delivery driver bringing a package to her home. (Video: Jenny Buchanan)

Buchanan says since posting the video to Facebook, she’s been told she has inspired others to also put out care baskets and spread acts of kindness during the holiday season.

“This is a very hard and exhausting time of year for delivery drivers,” she said. “And to be seen and thanked in this simple way by customers that they serve every day truly means so much to them.”