The story of the Wampanoag Tribe and pilgrims is uniquely American, but Thanksgiving celebrations are far from it.

Whether they take place in late November or earlier in the year, many countries recognize Thanksgiving as a holiday.

Many of them trace their origins directly to an influence of American culture. Others developed the holiday in their own right.

RELATED: Thanksgiving dinner: The origins of our traditional foods

Here’s a look at notable Thanksgiving celebrations across the globe.

It’s probably not surprising to find Canada on a list of countries that celebrate Thanksgiving. After all, the Canadians are America’s northern neighbors.

But you might be surprised to know their celebration predates America’s by over 40 years.

According to the History Channel, English navigator Martin Frobisher held a ceremony in 1578 to give thanks for the safety of his fleet. Centuries later, British loyalists who left the United States after the Revolutionary War brought American traditions, like turkey dinners.

Families in both countries gather for large feasts and professional football plays on the TV. 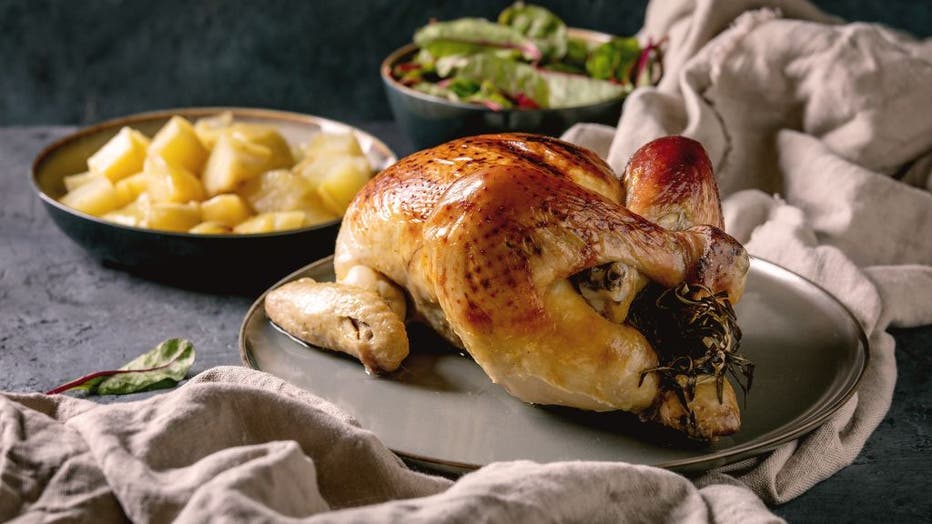 Liberia was founded by former slaves who went back to Africa with the help of the American Colonization Society.

They established a government similar to that of the United States, adopted a flag similar to America’s and introduced American traditions, like Thanksgiving.

Thanksgiving in The Netherlands

About 40% of the pilgrims who came to Plymouth in 1620 originated from The Netherlands — specifically, the city of Leiden.

Many of today’s Leiden residents celebrate their historical ties to the pilgrims by holding non-denominational church services on the fourth Thursday of November.

Erntedankfest, which stands for harvest festival of thanks, takes place every October.

According to the History Channel, celebrants may carry an Erntekrone ("harvest crown") of grains, fruit and flowers to their church in a solemn procession, and eat fattened-up chickens or der castrated roosters.

Many churches also use the day to give thanks for the good fortune their congregation received that year.

When Puerto Rico became an American territory in the late 1800s, they adopted many Thanksgiving customs while putting their own twists on the holiday.