The 'great replacement' theory has a long history to America's past

"We not only have to talk about how we’re going to end the hate, but who’s responsible for generating it," he said.

Saturday’s shooting suspect, 18-year-old Peyton Gendron, referenced "The Great Replacement Theory," in a racist screed supposedly posted online at the time of his arrest. Authorities were still working to confirm its authenticity.

Certainly, there was no mistaking the racist intent of the shooter.

That theory became popular following the publication of two books by Frenchman Renaud Camus, at least a decade ago.

"Camus was talking about the replacement of Frenchmen by the new immigrants into the area that were not European," said retired FBI Special Agent-in-Charge Ken Gray, who is now a political science professor at the University of New Haven.

But the roots of the theory go deep into racism's existence. In the U.S., you can point to efforts to intimidate and discourage Black people from voting -- from replacing white voters at the polls -- that date to the post-Civil War era.

In the modern era, most experts point to two influential books. "The Turner Diaries," a 1978 novel written by William Luther Pierce under the pseudonym Andrew Macdonald, is about a violent revolution in the United States with a race war that leads to the extermination of nonwhites.

The FBI called it a "bible of the racist right," said Kurt Braddock, an American University professor and a researcher at the Polarization and Extremism Research & Innovation Lab.

The most recent, racially motivated mass shooting mirrors others in this country, and elsewhere.

Rev. Amos Brown, who heads the San Francisco chapter of the NAACP organized an emergency meeting that called for unity and preparedness in light of deadly mass shootings over the weekend that were motivated by ethnic and racial hatred, according to officials. Leaders from San Francisco and Oakland spoke at the event.

"This is simply a fear of white genetic annihilation. And it happens globally. It has been happening globally for some time. It’s nothing new," said race & politics expert Dr. Nenaji Jackson.

Added San Jose State University Historian Dr. Libra Hilde, "You certainly see this kind of unrest when you have periods of tremendous change and unrest. And we have a lot of issues that we’re dealing with right now, and you add all of those things together and what you’re going to see is what you’ve seen historically in the United States – is an increase in xenophobia."

"These kinds of incidents are how white supremacists riot."

Beyond the African slave trade, experts said the United States has a disappointing past with respect to its treatment of other racial groups and cultures.

He said the U.S. initially welcomed Chinese laborers into western states, to build the transcontinental railroad. But once work was completed, and the Depression of 1882 hit, Chinese-Americans were first legally excluded from entering the country by Congress, then targeted by gangs of angry whites.

"The Chinese were never, in terms of total numbers, a threat. It was the possibility of a lot more immigration," said Lei. "The Chinese, between 1870 and 1890, were burned out. Driven out. Killed."

"These kinds of incidents are how white supremacists riot," said Dr. Jackson.

The president promised to continue the fight against hate. But some experts believe that fight may ultimately be against history, and ourselves.

"When you feel like you’re losing status somehow, you find a scapegoat. You find someone to lash out at. And we see that not just in U.S. history, but in world history," said Dr. Hilde.

The theory's more racist adherents believe Jews are behind the so-called replacement conspiracy. When white supremacists marched in Charlottesville, Virginia, in 2017, their chants included "you will not replace us" and "Jews will not replace us."

To some of the more extreme believers, certain white supremacist mass killers -- in Norway in 2011, two New Zealand mosques  in 2019, a Pittsburgh synagogue  in 2018, a Black church in South Carolina -- are considered saints, Pitcavage said.

Those "accelerationist white supremacists" believe small societal changes won't achieve much, so the only option is tearing down society, he said.

The Buffalo shooter's alleged diatribe and some of his apparent methods indicate he closely studied the New Zealand shooter, particularly the effort to livestream his rampage. He reportedly inscribed the number 14 on his gun, which Pitcavage said is shorthand for a 14-word white supremacist slogan.

A "manifesto" by the New Zealand shooter was widely spread online. If the message from the Buffalo shooter proves authentic, it seems designed to also spread his philosophy and methods to a large audience.

While more extreme forms of racism are clearly frowned upon, many experts are concerned about a mainstreaming of some views.

In a poll released last week, The Associated Press and the NORC Center for Public Affairs Research found that about 1 in 3 Americans believe an effort is underway to replace U.S.-born Americans with immigrants for electoral gain.

On a regular basis, many adherents to the more extreme versions of The Great Replacement Theory converse through encrypted apps online and tend to be careful. They know they're being watched.

"They are very clever," Braddock said. "They don't make overt calls to arms." 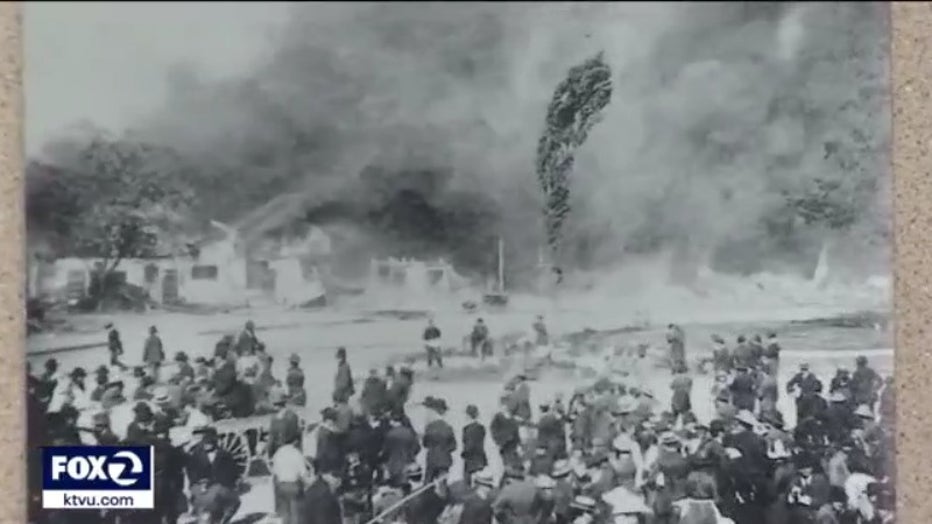 WHO'S TALKING ABOUT REPLACEMENT?

In particular, Tucker Carlson, Fox News' most popular personality, has pushed false but more politically palatable views that are seen as sympathetic by some white people who are concerned about a loss of power.

"I know that the left and all the gatekeepers on Twitter become literally hysterical if you use the term `replacement,' if you suggest the Democratic Party is trying to replace the current electorate, the voters now casting ballots, with new people, more obedient voters from the Third World," he said on his show last year. "But they become hysterical because that's what's happening, actually, let's just say it. That's true."

A study of five years' worth of Carlson's show by The New York Times found 400 instances where he talked about Democratic politicians and others seeking to force demographic change through immigration.

Fox News pointed to repeated statements that Carlson has made denouncing political violence of all kinds.

The attention paid by many Republican politicians to what they see as a leaky southern border along the United States has been interpreted, at least by some, as a nod to the concern of white people who worry about being "replaced."

House Republican Conference Chair Elise Stefanik's campaign committee was criticized last year for an advertisement that said "radical Democrats" were planning a "permanent election insurrection" by granting amnesty to undocumented immigrants who would create a permanent liberal majority in Washington.

Pitcavage said he's concerned about the message Carlson and some who agree with him are sending. "It actually introduces the Great Replacement Theory to a conservative audience in an easier-to-swallow pill," he said.