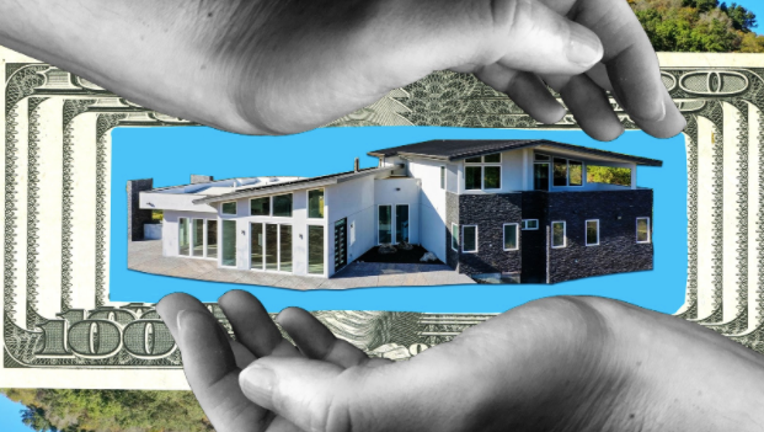 SARATOGA, Calif. - Shortly after a devastating wildfire destroyed the small town of Paradise in Northern California in November 2018, Pacific Gas & Electric hired an obscure waste disposal company to help it rebuild from the fire.

PG&E owed the firm millions of dollars when it abruptly terminated its business relationship this year. The utility giant announced that two of its employees had taken bribes from the company, known as Bay Area Concrete Recycling.

Now, an investigation by the Bay City News Foundation and ProPublica has revealed for the first time a multimillion-dollar real estate transaction linking one of Bay Area Concrete's owners, Yadwinder "Kevin" Singh, to the PG&E employee who supervised the company's work in Paradise.

In effect, Singh transferred ownership of a home to the PG&E employee, who sold it back a month later to a holding company linked to Singh. It could not be determined whether the PG&E employee paid any money in exchange for the transfer of ownership. It is also unclear whether the bribery allegations by PG&E are connected to the home sale between their employee and Singh.

After being told details of the transaction, one top expert called the deal suspicious. He said it could be a way for Singh to transfer money to the PG&E employee while making it appear like the result of a home sale. 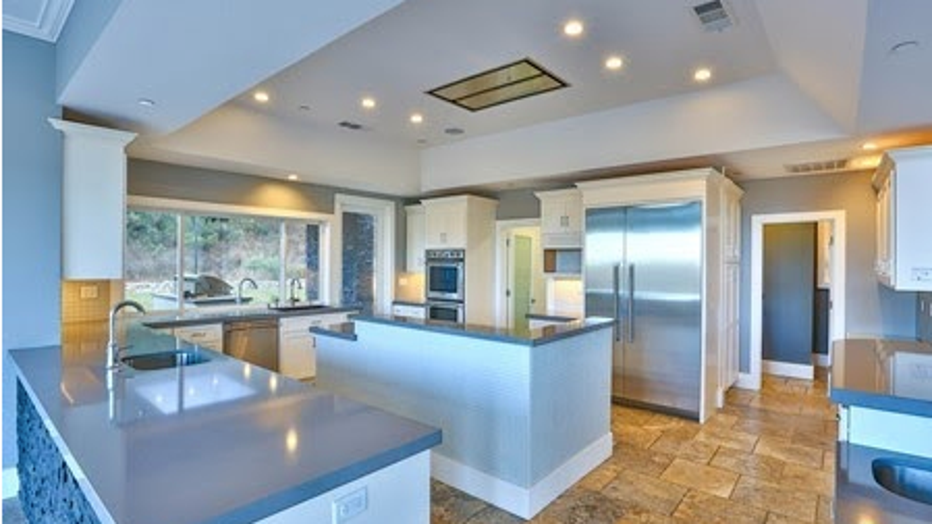 The real estate deal, involving a luxury home in one of the wealthiest towns in America, raises new questions about PG&E's oversight of contractors during the fire cleanup. The company pleaded guilty to 84 counts of involuntary manslaughter for the people killed in the fire and agreed to pay out $13.5 billion in damages to survivors. It emerged from bankruptcy this year with a new CEO who promised major reform.

Matt Nauman, a PG&E spokesman, did not respond directly when asked about the real estate transaction, citing the ongoing investigation. In a June investigation, the Bay City News Foundation and ProPublica revealed how PG&E had hired Bay Area Concrete despite its history of run-ins with environmental regulators.

"PG&E takes fraud extremely seriously and has continued its own active, aggressive investigation into this matter while also referring it to law enforcement for consideration of next steps," Nauman said.

District Attorney Michael Ramsey of Butte County, where Paradise is located, confirmed in March that PG&E alerted his office to the allegations and said he was awaiting further information. Ramsey did not respond to questions about the status of the investigation.

Neither Singh nor the PG&E employee, Ryan Kooistra, responded to requests for comment. 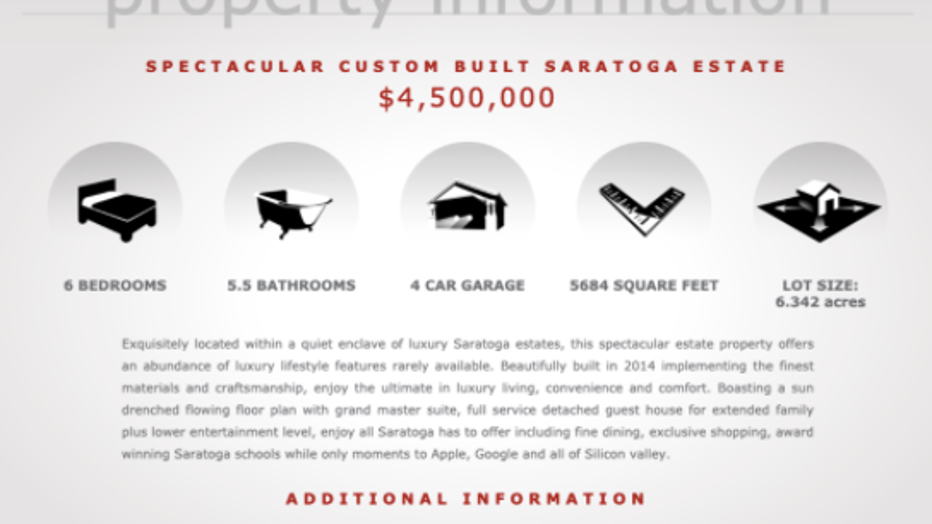 A screenshot of the house's listing price and amenities, as of Aug. 25. (KellerWilliams via TourFactory.com)

In an interview, Rossi said he met Singh through a construction company Rossi founded with Matheson in 2000. They contracted with one of Singh's companies, Economy Trucking, to do hauling work at job sites for more than a decade.

"They were really cheap; they went through various phases when they were doing all of our trucking," Matheson said. "We paid terribly and they were OK with that."

In 2014, with business booming, Rossi and Matheson built their dream home on a 6.3-acre lot in Saratoga. The twisty streets that climbed to their home passed destination wineries and wildlife preserves. The 5,600-square-foot home has six bedrooms, six bathrooms, panoramic views of the surrounding hills and a four-car attached garage. For two years, Rossi and Matheson lived there with their three children.

Rossi moved out in 2016 and filed for divorce the following year. The business suffered through their separation and divorce. By the end of 2017, they were forced to sell assets to pay off millions of dollars in debt, including nearly $600,000 in back payroll and benefits.

One of their biggest creditors was Singh's Economy Trucking, which was owed nearly $863,000 at the end of 2017, according to business records. But with Rossi and Matheson's companies underwater, other creditors were ahead in line and there was little hope that Economy Trucking could collect.

Soon, even their dream home was at risk as collateral for a line of credit from AvidBank. In September 2018, the bank foreclosed. Matheson was evicted along with her 90-year-old mother, who was living in a guest cottage. The bank put the house up for auction, but it didn't receive any offers it found acceptable.

Meanwhile, Rossi said that Singh called him from "out of nowhere" and said he wanted to buy the house. Rossi said that he would have to work with the bank to make that happen, but he wanted to facilitate a sale to Singh so he could rent it from him while raising capital to buy it back.

Singh submitted a cash offer to buy the house for $3.5 million in November 2018, which Rossi said the bank accepted. Santa Clara County recorded the sale in December and assessed the home's value at about $4.6 million based on similar sales in the area. Rossi hoped to buy it back for about $4.5 million.

But Singh had other plans. At around the same time he bought the home, the Camp Fire started in the remote foothills of Butte County. It burned for weeks, killing 85 people and destroying 18,804 structures. PG&E, whose transmission lines were determined to have sparked the blaze, launched a major cleanup effort, including hiring a fleet of hydrovac trucks - special excavation equipment for digging around buried wires and gas lines. The hydrovac trucks generate potentially toxic slurry waste.

To dispose of the waste, PG&E hired Bay Area Concrete to run a hydrovac dump site in Paradise. Kooistra was the PG&E employee designated to oversee the operation, according to several sources with knowledge of the operation.

While the fire was burning, an attorney for Singh registered a new limited liability company, Regal Rose, at one of Singh's business addresses. When Singh bought Rossi's house, he put it in the name of the LLC.

In July 2019, new filings with the state showed Kooistra and his wife as the owners of Regal Rose LLC.

The next month, Regal Rose sold the house for $2 million to another LLC, Monarch Estates, which was based at Singh's business address and listed an employee of Singh's as its sole member. A listing agent hired to sell the house confirmed Singh is its owner.

Rossi continued living in the house during the transactions, paying $10,000 a month in rent to Singh, according to Rossi. His lease was not with Regal Rose but another holding company owned by Singh's wife and business partner, Preet Johal.

Johal did not respond to a list of questions sent by email. In a letter, her attorney, Dawn Sweatt, said any insinuations that Johal engaged in criminal activity were false. "What is true is that PG&E, a convicted felon, has taken great measures to avoid paying its creditors, not only by its filing bankruptcy, but also through unfounded accusations and excuses," Sweatt wrote.

Rossi said he had never heard of Kooistra and did not know that Kooistra briefly owned his house that summer. Mail for Monarch Estates piled up at the house while he was living there, but Rossi said he couldn't make any sense of what was going on.

Rossi hoped to find investors to buy the house back from Singh and turn it into a wellness center. But Singh wanted $5.5 million - about $1 million more than the assessed value - and Rossi said he eventually realized that he'd never be able to buy the house back. He moved out in November 2019. Singh put the house on the market that month. This year, the asking price was reduced to $5 million and again to $4.5 million and it remains for sale.

PG&E launched an investigation late last year into allegations that Singh's company had defrauded PG&E and bribed its employees. In February, the company's CEO at the time, William Johnson, pledged to share the results of PG&E's internal investigation once it was complete. PG&E has not released any further information since then.

Meanwhile, Kooistra sold his house in California and moved to Arizona, where he founded a pool cleaning business, Monarch Purification, in May. Rossi and Matheson said they have not been contacted by PG&E or law enforcement investigators.

Scott Morris is an investigative journalist based in Oakland, California. He has covered corporate crime, police misconduct, civil rights and protests since 2011.

Do you have any tips about Pacific Gas & Electric, Bay Area Concrete Recycling, or the hydro-vac or trash hauling business in California? Please email reporter Scott Morris.

This article was produced in partnership with the Bay City News Foundation, which is a member of the ProPublica Local Reporting Network. ProPublica is a nonprofit newsroom that investigates abuses of power.