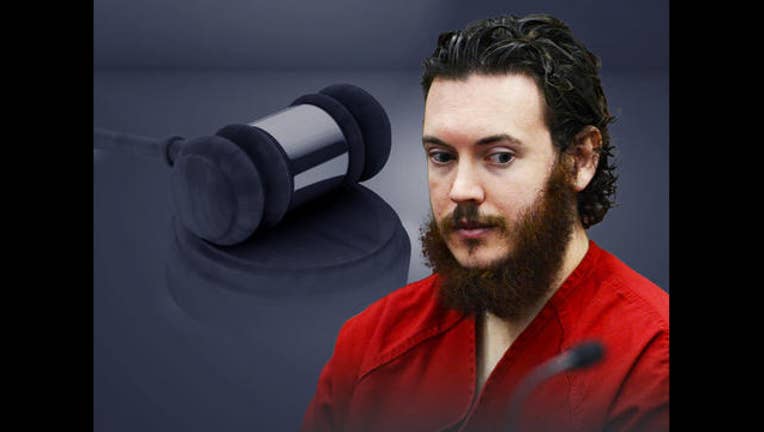 CENTENNIAL, Colo. (AP) — Victims of a deadly shooting at a Colorado movie theater can't show jurors a federal security memo, dated months before the attack, warning theaters that they could be targeted by international terrorists, a judge ruled Monday.

That dealt a blow to the case against Cinemark, which victims argue should be held accountable for not doing more to prevent James Holmes' 2012 rampage. The victims argued Cinemark never shared the U.S. Department of Homeland Security memo with theater managers, failing to put them on notice to bolster security.

Opening statements are expected Tuesday in the civil trial, where jurors will be asked to determine whether, in an age of mass shootings, the theater should have foreseen the possibility of violence. Six jurors and two alternates were selected Monday.

In the civil case in state court, 28 victims and their families say Cinemark should have had armed guards at the packed opening of the Batman film "The Dark Knight Rises" and alarms that would have sounded when James Holmes slipped into the darkened auditorium through an emergency exit and opened fire, killing 12.

The families, some of whom filled the first rows of the courtroom, say the theater company knew the midnight blockbuster would attract at least 1,000 people and should have had guards patrolling the parking lot, where they might have seen Holmes suiting up in head-to-toe body armor in his car. The lawsuit says theater employees failed to check doors, lacked closed-circuit television cameras that would have allowed them to spot trouble and did not intervene as victims lay wounded and dying in the aisles.

Theaters across the country had extra security for the July 20, 2012, premiere, and the Century 16 theater in Aurora typically had guards Friday, Saturday and Sunday nights, said New York attorney Marc Bern, who is representing 27 of the families. The premiere fell on a Thursday.

"We believe if these precautions had been in place, the shooting would have been deterred and prevented," he said.

Cinemark says it could not have foreseen or prevented the attack. If anyone is to blame, it's Holmes' University of Colorado psychiatrist, to whom he confessed his homicidal thoughts, the company argues.

The Cinemark trial comes nearly nine months after Holmes was sentenced to life in prison for the shooting, in which more than 70 other people were hurt.

It's the first trial to result from several lawsuits stemming from the attack. At least 40 other victims have signed onto a similar suit against Cinemark that's slated for trial in federal court in July. Another lawsuit accusing University of Colorado officials and Holmes' psychiatrist of not doing enough to prevent the attack is on hold pending the other suits.

Prosecutors sought the death penalty against Holmes, who pleaded not guilty by reason of insanity. After an emotionally grueling four-month trial, Holmes was convicted of 165 counts and sentenced in August to life in prison without parole because jurors failed to unanimously agree that he should die for his crimes.

In the civil case, plaintiff's attorneys twice scheduled depositions of Holmes, hoping to interview him about his plans for the shooting and why he targeted the theater. But the depositions were canceled because Holmes was transferred to different prisons, first to another location within Colorado and then to an out-of-state prison that officials have repeatedly refused to reveal.

Without Holmes' testimony, attorneys will rely on the spiral notebook in which he detailed elaborate plans for the killings, including lists of weapons to buy and diagrams showing which auditoriums in the theater complex would allow for the most casualties. Holmes marked exit doors, evaluated his own visibility and even located the best parking spots and determined how quickly police would arrive.

Holmes entered the theater and sat in the front by himself. About 15 minutes into the film, he left through an emergency exit that he had propped open. Holmes soon re-entered, stood before the crowd of more than 400, threw gas canisters and opened fire with a shotgun, assault rifle and semi-automatic pistol.