SAN JOSE, Calif. - Just six years ago, Elizabeth Holmes seemed destined to fulfill her dream of becoming Silicon Valley’s next superstar. She was the subject of business magazine cover stories describing her as the youngest self-made female billionaire in history, former President Bill Clinton was reverently quizzing her about her thoughts on technology, and then Vice President Joe Biden was hailing her ideas as an inspiration. 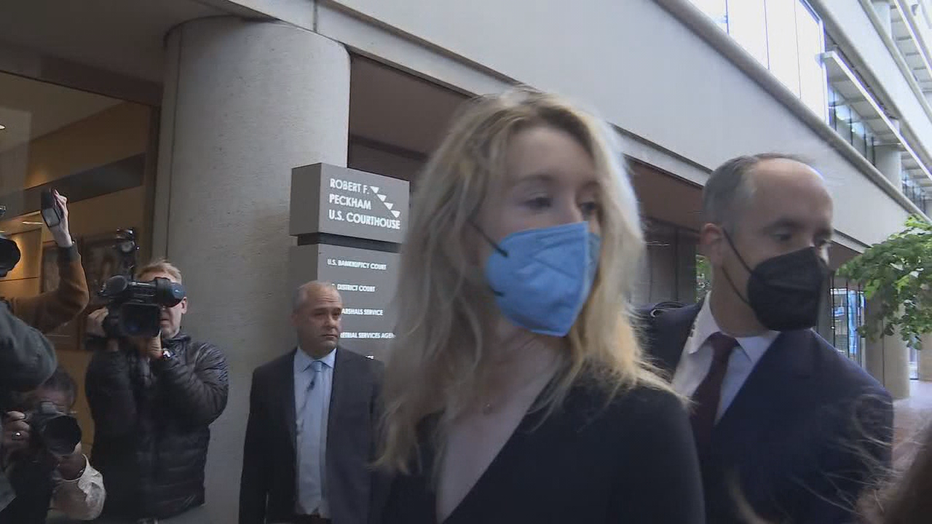 Now Holmes is about to head into a San Jose, California, courtroom to defend herself against criminal allegations depicting her as the devious mastermind of a fraud that duped wealthy investors, former U.S. government officials and patients whose lives were endangered by a blood-testing technology that never came close to fulfilling her bold promises.

If convicted by a jury in a trial that begins Wednesday, Holmes could be sentenced to 20 years in prison — a stunning reversal of fortune for an entrepreneur whose wealth once was pegged at $4.5 billion. That amount represented her 50% stake in Theranos, a Palo Alto, California, biotech startup she founded in 2003 after dropping out of Stanford University at the age of 19.

Besides rehashing Holmes’ stunning rise and fall, the three-month trial may also shine a light on how style sometimes overshadows substance in Silicon Valley, which prides itself on an ethos of logic, data and science over emotion.

Holmes’ saga has peeled back the curtain on a "fake it until you make it" strategy that’s been adopted by other ambitious startups who believe that with just need a little more time to perfect their promised breakthroughs they can join the hallowed ranks of Apple, Google, Facebook and other tech pioneers that sprang up in the 50-mile corridor from San Francisco to San Jose.

"I came away thinking she was just a zealot who really believed her technology would really work so maybe she could fudge just a little bit," said author Ken Auletta, who has written extensively about Silicon Valley and was given behind-the-scenes access to Holmes for a 2014 profile in The New Yorker magazine. "I came away thinking she really believed what she was doing was a public good. And if it had worked, it would have been a public good."

If nothing else, Holmes proved to be a master marketer while pitching the premise that Theranos would help people avoid having to tell their loved ones "goodbye too soon."

Theranos — a name derived from the words "therapy" and "diagnosis"— claimed to be perfecting a technology that could test for hundreds of diseases by extracting just a few drops of blood from a quick finger prick done at "wellness centers" across the U.S.

Holmes promised the samples would be tested in a specially designed machine named after famed inventor Thomas Edison. In her spiel, they would cost a fraction of traditional tests that require a doctor’s referral and vials of drawn blood before lab processing that could take days to deliver results.

Told in Holmes’ husky voice, the story sounded so compelling that she could assemble a well-connected board of directors that helped burnish Theranos’ credibility. The board included former U.S. Secretary of States Henry Kissinger and George Shultz, former U.S. Defense Secretary James Mattis, former Sen. Sam Nunn, former Wells Fargo Bank CEO Richard Kovacevich, and her former adviser at Stanford, Channing Robertson, who quit his tenured job as a chemical engineering professor after deciding she had Beethoven-like qualities.

Holmes tried to cast herself in the mold of Apple co-founder Steve Jobs, even adopting his habit of wearing mostly black turtlenecks.

Besides recruiting an impressive board, Holmes also raised nearly $900 million before Theranos’ collapse, triggered by a series of explosive Wall Street Journal articles that revealed serious flaws in the company’s technology.

The Journal articles spurred an inquiry by the U.S. Food and Drug Administration and a civil lawsuit filed by the Securities and Exchange Commission. The SEC case resulted in a $500,000 settlement without an admission of wrongdoing, but still proved to be the end of Theranos, which shut down in 2018.

Some of those investors, as well some of Theranos’ former board members, are expected to testify during the trial presided over by U.S. District Judge Edward Davila.

Holmes may take the witness stand, based on court documents filed leading up to the trial. If she does, her lawyers have indicated in recently unsealed filings that she will testify that some of her statements and actions while running Theranos were the result of "intimate partner abuse" inflicted by the company’s chief operating officer and her secret lover, Ramesh "Sunny" Balwani, who faces multiple fraud charges in a separate trial scheduled to begin next year.

"That will be extraordinary," predicted Auletta, who observed and interviewed Holmes and Balwani together on multiple occasions while he was writing his profile. "My impression was she was the dominant one in that relationship. If she started a sentence, he would wait for her to finish it."

It remains to be seen if the license plate on the car that Balwani used to drive to Theranos’ former headquarters will be become part of the evidence submitted during the trial. It read: "VDVICI," an abbreviation for the triumphant words Julius Caesar is supposed to have once written to the Roman Senate, "veni, vidi, vici" — Latin for "I came, I saw, I conquered."