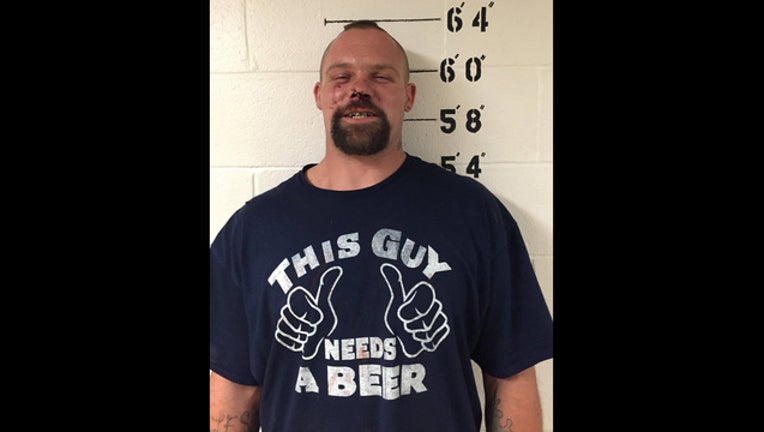 Police in New Hampshire arrested a man in a "This guy needs a beer" t-shirt on drunk driving charges.

Kensington police arrested Joshua Tackett, 29, on April 22, 2016 after he allegedly crashed in front of the police department.

Police say that at around 9 p.m., Tackett crossed from the southbound lane into the northbound lane and went off the road. His car went through a wall and a granite post before hitting a utility pole and getting tangled up the wires.