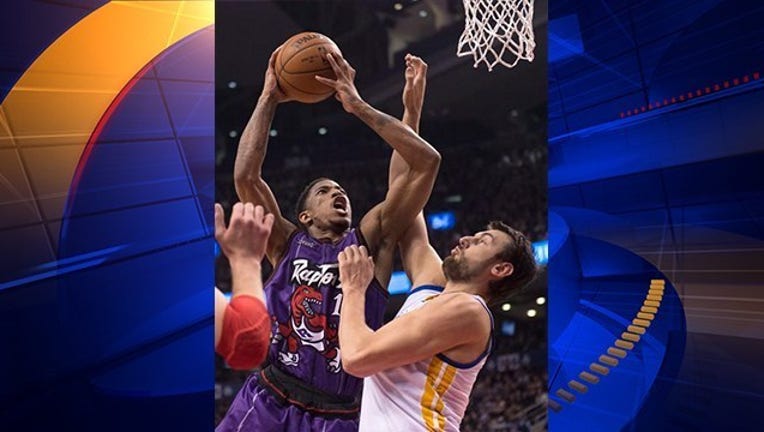 Draymond Green had 17 points and nine rebounds for the Warriors, who bounced back from Thursday's 110-99 loss at Cleveland and improved to 10-2 in the second game of back-to-backs, the best mark in the NBA.

Tempers flared after Golden State's Festus Ezeli pushed Toronto's Tyler Hansbrough in the throat after they tangled under the basket with seconds remaining in the third. Hansbrough responded by chasing after Ezeli, shoving him and throwing a punch that failed to connect. Both players received double technical fouls and were ejected.

Terrence Ross scored 18 points for the Raptors, who matched their longest losing streak of the season with their fourth straight defeat.