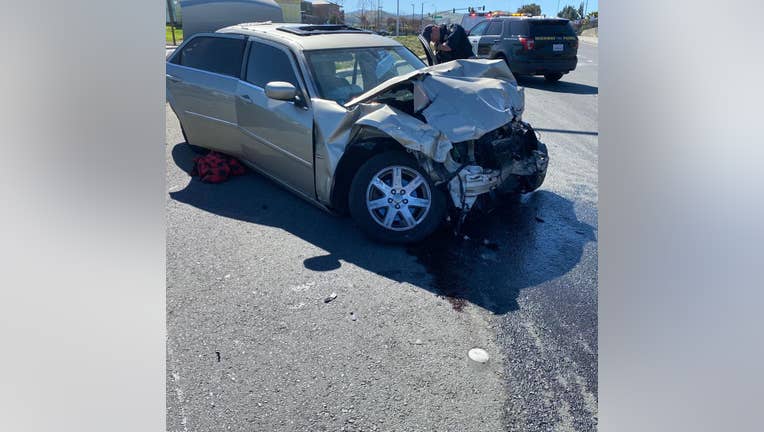 ANTIOCH, Calif. - A driver who witnesses said had a firearm fled a traffic collision Friday morning and was arrested with two others after a pursuit ended in a second collision, Antioch police said.

The collision was reported just before 11:30 a.m. at West 10th and G streets, where callers reported that the driver of a gold Chrysler 300 had a handgun visible.

When an officer attempted to stop a car matching that description speeding away from the area the driver fled and got onto westbound state Highway 4, exiting at Somersville Road, where it ran a red light and struck another vehicle exiting eastbound Highway 4.

Two occupants remained in the car after the crash while one man fled, but was discovered hiding in the rear of a business, police said. 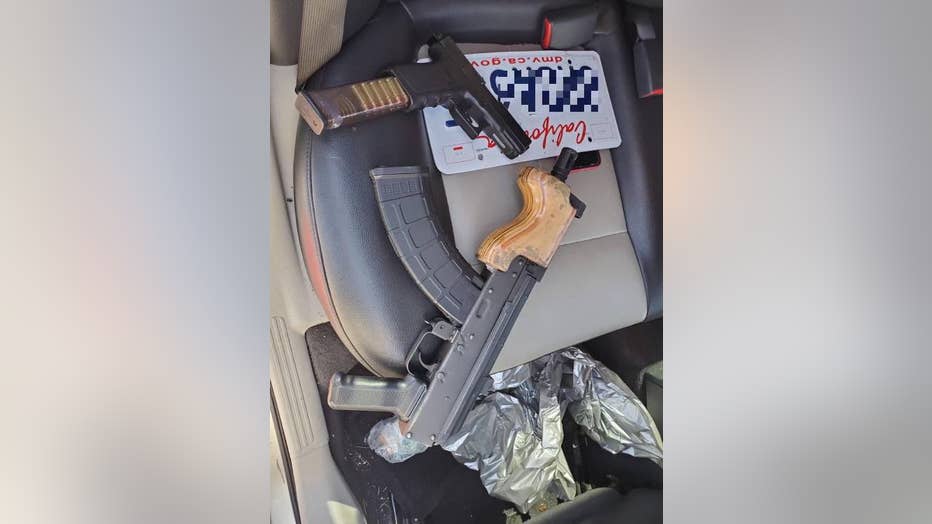 An investigation showed the suspect car was displaying switched license plates. A search of the car turned up an assault weapon and another firearm, a ski mask, a wig, and more license plates, police said.

Investigators are trying to determine if the car was involved in any other criminal activity and ask the public to check their surveillance cameras in the areas of G Street, West 10th Street, and D Street.

Anyone with information about the case is asked to call the dispatch center at (925) 778-2441. Tips can be texted anonymously to 274637 using the keyword ANTIOCH.