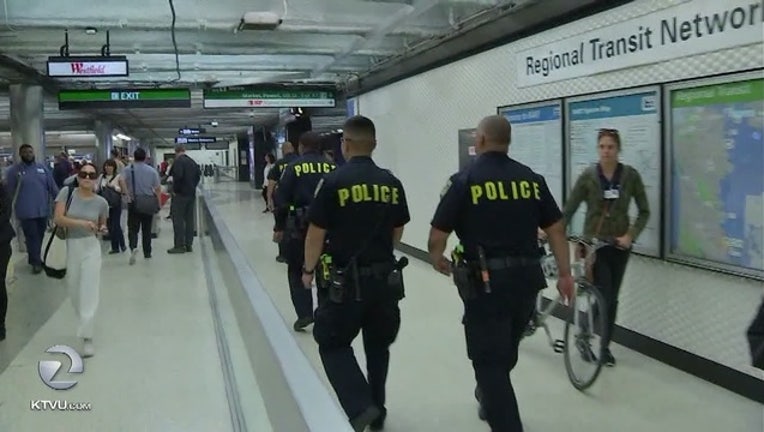 As part of the crackdown, which officially began Jan. 1, fare cheaters were detained at the Powell, Ashby and Richmond stations, according to police.

A youth was detained for fare evasion at the Ashby station around 9:30 p.m., police said. The young man allegedly had a large amount of marijuana and refused to identify himself, according to police.

The youth was booked into juvenile hall.

A woman who was detained at the Richmond station around 7 p.m. for fare evasion refused to cooperate and had to be restrained, police said. The woman was taken to a local hospital for psychiatric evaluation.

David Ashor, 43, of San Francisco, was detained for alleged fare evasion around 3:50 p.m. at the Powell Street station, police said.

Fare evasion costs BART an estimated $15 to $25 million annually. With this in mind, the transit agency has beefed up police patrols, with increased enforcement throughout the system, not at any specific stations.

"We are cracking down on fare evasion and everyone needs to pay their fair share," BART spokeswoman Alicia Trost said in October.

BART officials are also making it harder to avoid paying a fare by installing such things as higher barriers around the paid areas, according to Trost.