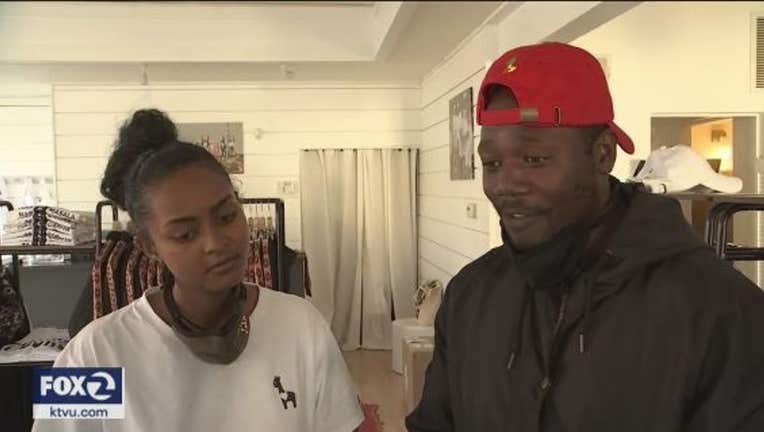 Yema Khalif and his wife Hawi Awash of Yema.

TIBURON, Calif. - The town of Tiburon agreed to pay $150,000 a Black couple to settle their racial profiling lawsuit.

Last year, they had sued seeking $2 million for alleged emotional distress and potential loss of revenue, as well as punitive damages.

Yema Khalif and his wife Hawi Awash said the claims stem from an incident that occurred in August 2021.

The pair had been working late at the store when a Tiburon police officer entered and asked them to identify themselves. One of the owners refused, saying he did not have to prove he had the right to be in his own store.

"The officer should have knocked, introduced himself, and explained he was patrolling Main Street," Awash said. "But instead it was more like, 'Who are you? And prove yourself.'"

The situation ended when a neighboring business owner confirmed that it was the man's store.

Police officers confronted them and an argument ensued regarding whether the couple needed to show they had a right to be there.

Video of the confrontation went viral, and a police sergeant later resigned.

The settlement also calls for reforms, including a new citizen's police advisory panel.