LOS ANGELES - "Tiger King," the Netflix docuseries that became a cultural phenomenon in the early months of the COVID-19 pandemic, is returning for a second season.

Netflix announced the return of the show on Thursday. The streaming service did not announce many details, including which individuals featured in the show would return for the second season, but said it would premiere in 2021.

"Tiger King is coming back this year — and Season 2 promises just as much mayhem and madness as Season 1," the company said on Twitter.

The show focused on Joe Exotic, a pseudonym for Joseph Maldonado-Passage. He is currently serving 22 years in federal prison for violating federal wildlife laws and for his role in a failed murder-for-hire plot targeting his chief rival, Carole Baskin, who runs a rescue sanctuary for big cats in Florida. Baskin was not harmed.

Producers Eric Goode and Rebecca Chaiklin are returning for the second season of the show, Entertainment Weekly reports. 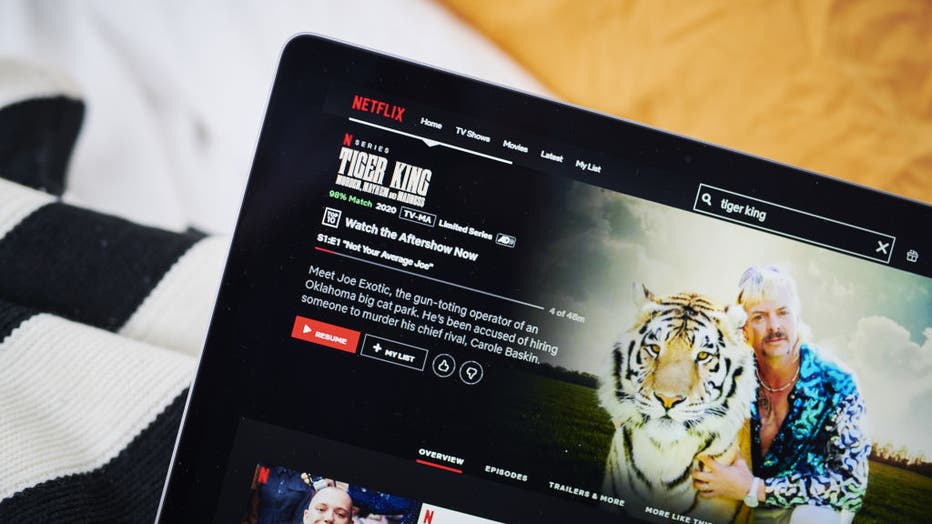 He has maintained his innocence since being convicted in April of 2019.

His team had sought a pardon from former President Donald Trump but did not receive one before Trump left office. His team was so confident in his chances that they had readied a celebratory limousine and a hair and wardrobe team to whisk him away from prison.

The show’s popularity also drew attention to Baskin, who became a household name and claimed Netflix blindsided her by its portrayal of her.

Baskin had tried to shut Maldonado-Passage’s Oklahoma zoo down, accusing the facility of abusing animals and selling big cat cubs. In retaliation, he raised questions about the disappearance of Don Lewis — Baskin’s former husband.

The documentary extensively covered Maldonado-Passage’s repeated accusations that Baskin killed her husband and possibly fed him to her tigers. Baskin, who founded Big Cat Rescue, has never been charged with any crime and released a statement refuting the accusations made in the series.

Jeff Lowe, who took over the Oklahoma zoo from Maldonado-Passage and also featured in the show, has been accused with his wife, Lauren Lowe, of inhumane treatment and improper handling of endangered species of animals, according to a complaint filed by the U.S. Justice Department.

TMZ Investigates: Tiger King - What Really Went Down? (2020): "A behind-the-scenes look at the true-crime story involving Joe Exotic's murder-for-hire plot, involving the disappearance of Carole Baskin’s husband," from the folks at TMZ. TMZ is owned by the FOX Corporation.

Animal Rights Agenda (2020): Joe Exotic figures prominently in this 42-minute documentary, which "looks at the contrast between animal rights and the welfare of animals."

Barbie & Kendra Save the Tiger King (2020): For an irreverent fictional take on this compelling true crime story, turn to this bonkers comedy that centers on "the wacky and silly escapades of ditzy vixens Barbie and Kendra," who head to Africa when "they decide to save the notorious Tiger King."