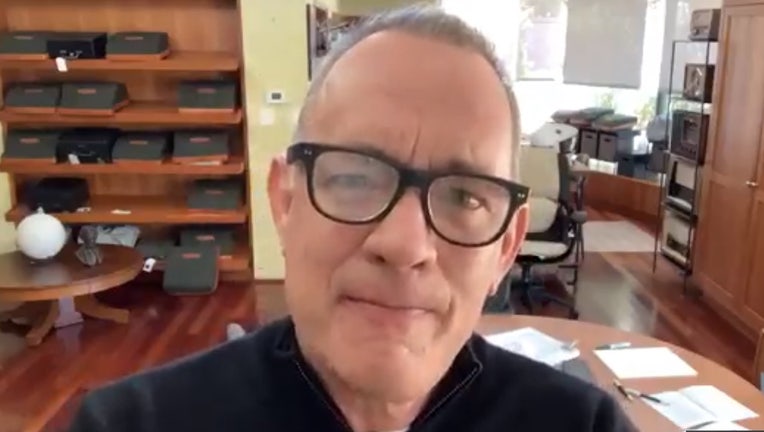 The Skyline graduation was the first of the year for the Oakland Unified School District, which has been holding classes remotely since mid-March due to the novel coronavirus health emergency.

"Perhaps because of the extraordinary circumstances of the shelter in place and all that the Class of 2020 has had to endure this year, Skyline was able to secure a video message from its most famous graduate," the district said in a news release.

Hanks, who has spoken in the past at graduation ceremonies at Skyline, opens the video gesturing to the room in his home and facetiously welcoming the class to George C. Bliss Field, the school's athletic field where commencement is normally held.

"Somewhere, out of the fate of every high schooler, you guys were picked to graduate this year, in the year 2020, to start this next chapter of your lives in the face and in the midst of so much change," he says in his opening remarks.

In April, Hanks and his wife, Rita Wilson, contracted COVID-19 and then recovered.

The actor said Skyline "provided me with a direction and instinct to follow" and trusted that the school had done the same for the current class.

"Follow those instincts and understand that you have been chosen by fate to lead the way in whatever is going to be -- make it a great one, would you," Hanks said, before giving shoutouts to senior class officers and offering encouragement.

"You didn't give up, you have been the best example for the rest of us to keep going," he said.