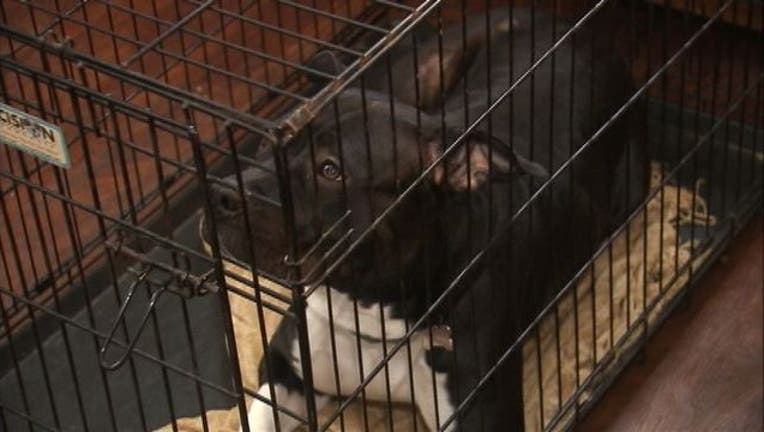 HAZEL PARK, MI (FOX 2)- During a domestic violence attack, Jamie Kraczkowski was saved by her beloved pit bull. When police showed up they took away the pup and FOX 2 reported the story. Then neighbors demanded that something change. On Wednesday, it did.

Kraczkowski told her story to FOX 2 in March. She said her boyfriend at the time got drunk, angry and eventually violent. Until Ice, her pit bull, jumped in. She said she was shoved against the wall and Ice grabbed the man's pant leg and held on.

When they arrived, they told her that typically pit bulls are euthanized but they were giving her special consideration. They gave her five days to remove the dog from the city because it's against Hazel Park has banned dogs. Then fellow dog lovers jumped in to help.

At Wednesday night's city council meeting, Magan Bouchard was one of the residents who stepped up to defend the breed.

"It's not just just pit bulls. I've got nieces and they have a pit bull and live up north and the dog protects the baby," Bouchard said.

"If you have a responsible owner, pit bulls are great dogs"

After hearing from Bouchard and others, the Hazel Park city Council lifted the pit bull ban that had been in place since 2013. City Manager Edward Klobucher said the solution, at the time, was the best they had.

"We can't ban stupid owners so we looked to try to address what was a serious public health situation when we had 40-something bites by pit bulls in the past few years.

Suzanne Rondeau lives in Hazel Park and says the city's not asking for much.

Bouchard husband, Al, said it's not the dogs, it's the owners.