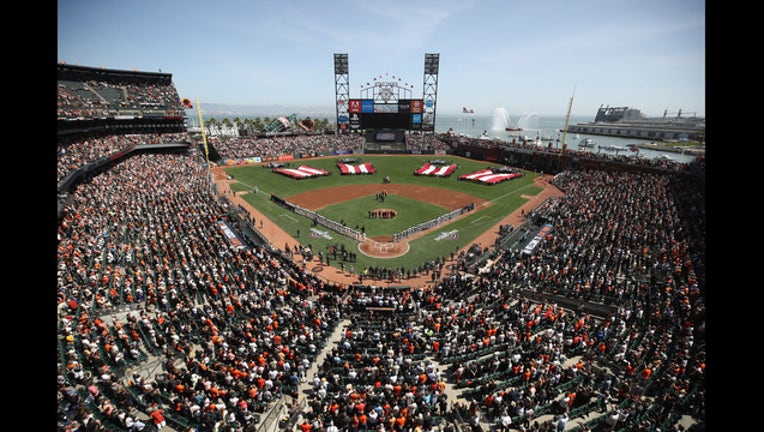 Transit officials sugget taking Caltrain if communting to the afternoon game of the Giants and Dodgers doubleheader on Saturday. Heavy traffic is expected. (Photo by Ezra Shaw/Getty Images)

The archrivals will face off in a doubleheader today and one game Sunday. Game 1 is set for 1:05 p.m. today and Game 2 at 7:05 p.m. tonight, according to transit officials.

In response, Caltrain is running two extra pre-game trains this morning departing San Jose Diridon Station at 9:41 a.m. and 10:28 a.m. The trains are marked with "S" in the schedule.

For the evening game, Caltrain will run two extra pre-game trains departing Diridon at 4:28 and 5:08 p.m.