One by one, the victims' names, positions and promotions were read aloud at a VTA briefing Thursday. The transit system is telling its workforce to reach out for mental health services and support. KTVU's Debora Villalon speaks to some of the loved ones who will never get to see their loved ones again.

The ages of the victims range in age from 29 to 63. They are all men. They were all employees, and were bus and light rail operators, mechanics, linemen and an assistant superintendent during their tenures with VTA. One had worked for the agency since 1999.

SEE ALSO: Why did the gunman kill 9 co-workers at the San Jose VTA light rail yard before killing himself? 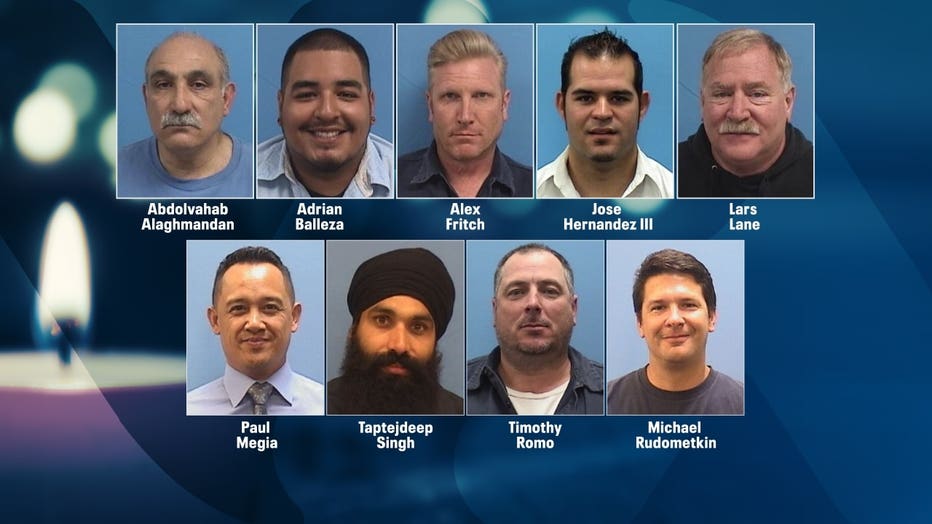 The nine victims killed in a mass shooting at a VTA facility in San Jose on May 26, 2021.

Abdolvahab Alaghmandan, 63, had been with the Valley Transportation Authority for 20 years and was dedicated to his job, his son Soheil Alaghmandan, 33, told the Mercury News in San Jose.

"He worked overtime. He worked through the entire pandemic," Soheil said of his father. "He’s a tinkerer. He can fix anything."

When Megan Staker moved to San Francisco from Des Moines in 2018 with her boyfriend Soheil, he took her home to meet his parents, Alaghmandan and Firoozeh Davallou, at their Castro Valley home, she told the San Francisco Chronicle.

Right away Abdi, as Alaghmandan was known, "became like a second father to me," Staker told the Chronicle. "He brought so much joy and laughter to our lives." 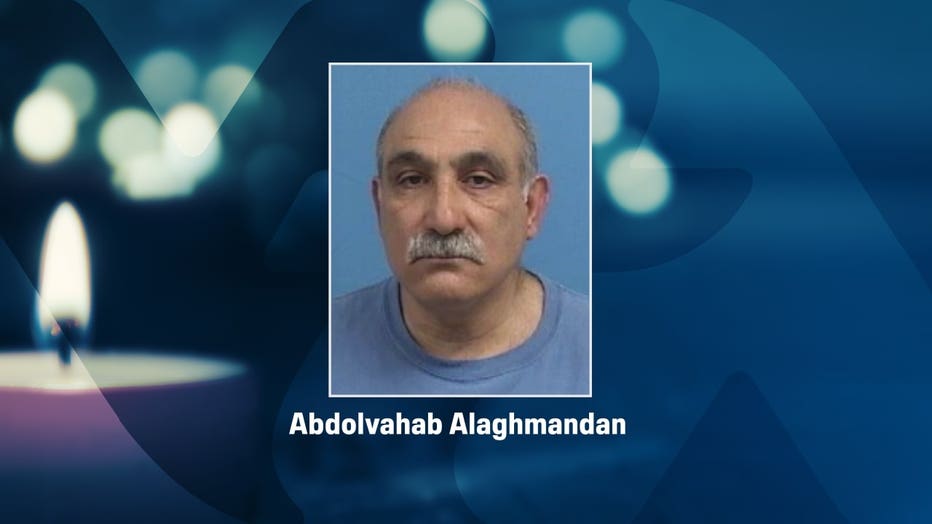 Adrian Balleza, 29, was kind-hearted and the type of colleague who tried to make work fun for his co-workers, a Valley Transportation Authority colleague told a news conference Thursday.

Balleza joined the VTA in 2014 as a bus operator trainee and then became a maintenance worker and light-rail operator, said Glenn Hendricks, chair of the authority’s board.

He is survived by his wife, Heather Balleza, and 2-year-old son.

"He was so happy to drive the bus. He was so happy that he got a new schedule. He started at four in the morning so he could come home and spend time with his family in the evening," friend Beatrice Trotter told NBC-owned KNTV in San Jose. 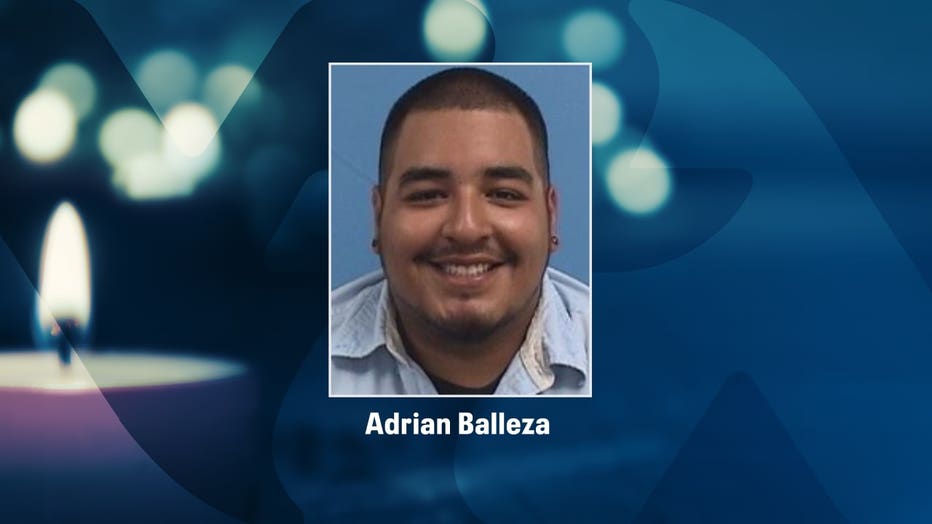 Widow of slain VTA worker said he died in her arms

Fritch had been at the VTA for nine years this June.

He was the father of two teenage boys and a 30-year old daughter. He grew up in Ben Lomond. He was married 20 years to his wife, Terra, who told KTVU that he was her rock. He died in her arms.

She also described him as an optimistic, passionate, dreamer who loved his family with all his heart.

She is grateful that she and her children were able to say goodbye last night at the hospital. Fritch died at 9 p.m. Wednesday.

A GoFundMe was created to support Fritch's family. 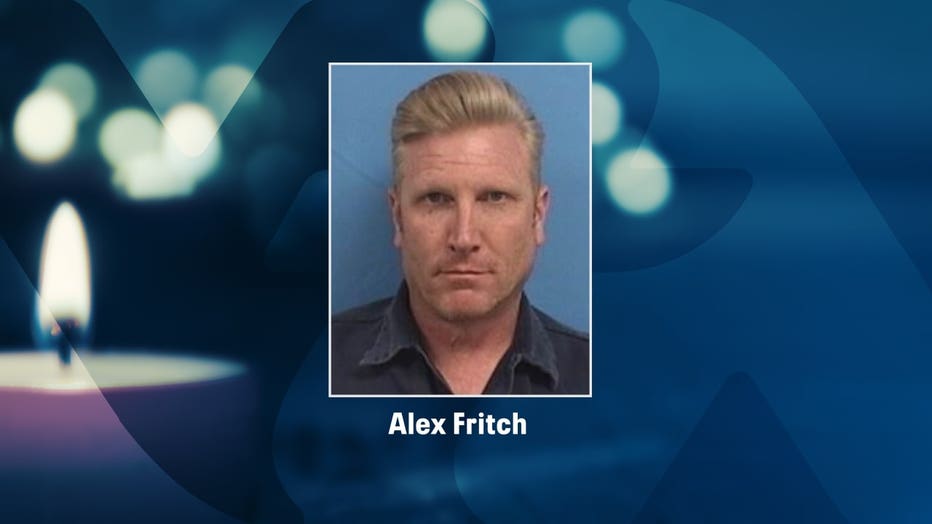 Jose Dejesus Hernandez III, 35, could fix anything, loved his hobbies and lived life with zest, according to his family.

The Dublin, California, resident was a substation maintainer who had been partnered with Samuel Cassidy, the man who authorities say gunned down Hernandez and eight others, said his father, Jose Dejesus Hernandez II, a retired Valley Transportation Authority employee. He said he was not aware of issues Cassidy may have had with his son or others.

He started as a transit mechanic in 2012, later becoming an electromechanic and then a substation maintainer.

A GoFundMe for Hernandez was announced Thursday, June 3. 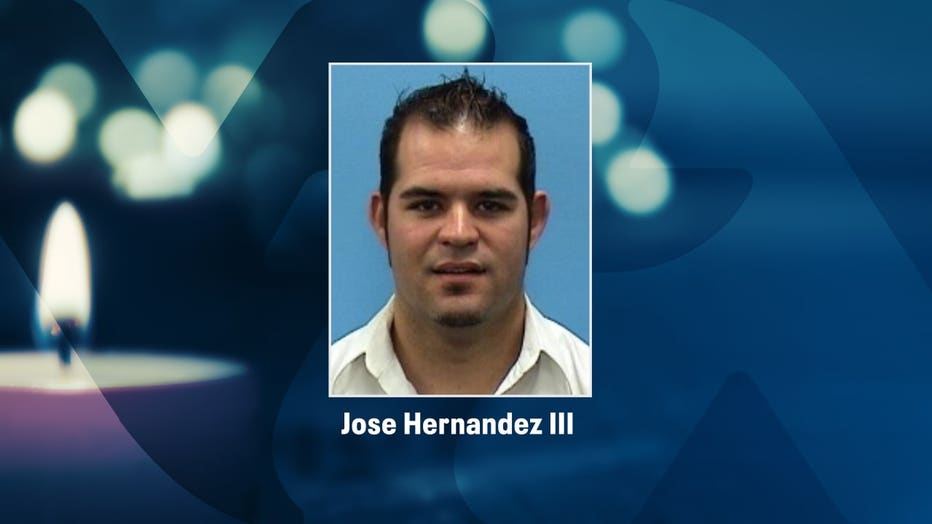 Lars Kepler Lane, 63, was her "soul mate" and the love of her life, said his wife, Vicki Lane.

Lane said her husband knew the shooter and described him as quiet.

"Why he had to shoot him I don’t know," she said in an interview with San Francisco’s KGO-TV. "This just doesn’t seem real."

Her world shattered Wednesday night when she learned her husband of 22 years was one of the victims. He leaves behind four children and a dog he doted on, she said.

Lane joined the Valley Transportation Authority in 2001 as an electro-mechanic and then became an overhead line worker, said Glenn Hendricks, chair of the VTA’s board. 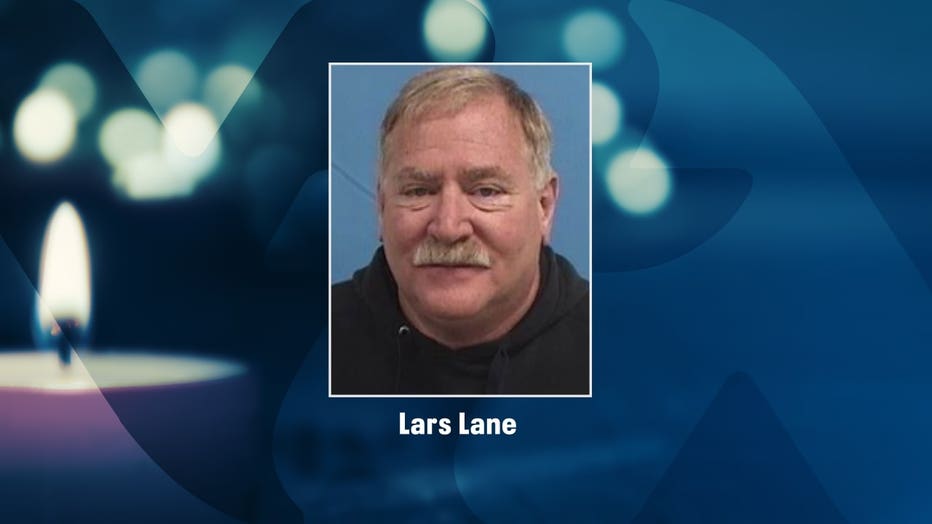 Michael Rudometkin, 40, started working at the VTA in 2013 as a mechanic, then electromechanic and an overhead line worker.

San Jose City Councilman Raul Peralez said Rudometkin was a close friend. He and his father were already planning another golfing outing with him.

"There are no words to describe the heartache we are feeling right now, especially for his family," he wrote on Facebook. "Eight families are feeling this same sense of loss tonight and our entire community is mourning as well." 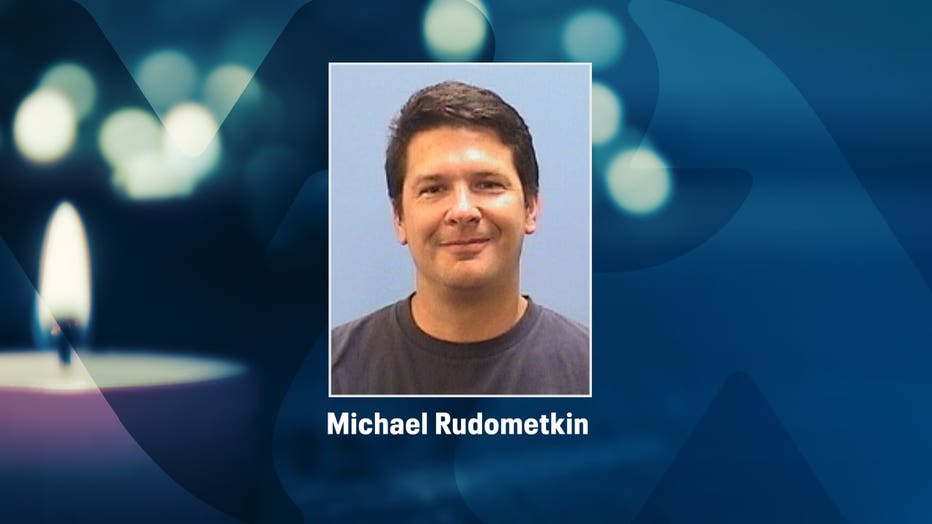 Paul Delacruz Megia, 42, always had a smile on his face, no matter what was thrown his way, a colleague at the transit agency told a news conference Thursday.

Paul Delacruz Megia, 42, always had a smile on his face, no matter what was thrown his way, a colleague at the transit agency told a news conference Thursday. He was an assistant superintendent at the VTA.

"Even if he disagrees with you, he’ll take it with a smile," Singh recalled. "Sometimes my demands could be unreasonable, but Paul always accepted it with a smile."

Megia had two sons, a daughter and a stepson and had planned to leave Thursday for a family trip to Disneyland, his father Leonard Megia told The New York Times. He said his son left home at 4:30 a.m. to commute from his home near Tracy to work, but made sure to call his children every single morning to check in on them before they started school. 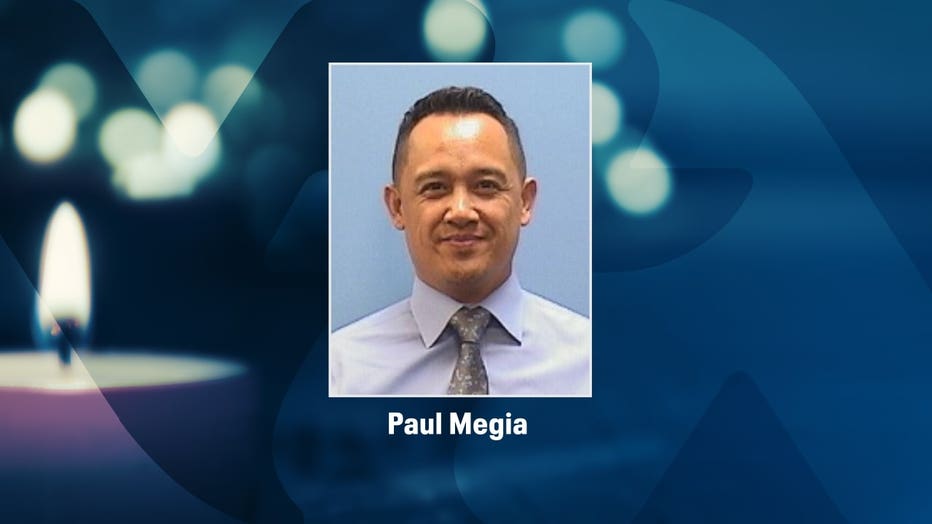 The family of Taptejdeep Singh, of Union City, had earlier identified him as one of the eight victims killed Wednesday morning.

Singh had worked as a light-rail train driver for eight or nine years and had a wife, two small children and many family members, said his cousin, Bagga Singh.

Singh's loved ones said they knew something was wrong when he didn't pick up his phone when they called. It was his second day back on the job after returning from vacation.

They heard from his co-workers that Singh was on the third floor when the gunfire erupted. He helped one of his co-workers hide and alerted others that there was a shooter in the building.

His brother said that was part of their Sikh culture.

"Our whole family, there's a big hole. Like I said, he's the backbone of this family," said Karman Singh, Taptejdeep Singh's brother.

Families waited for hours on Wednesday outside the victim's assistance center outside the American Red Cross outside San Jose looking for information on their loved ones who were killed in the VTA railyard shooting. Many openly grieved and why such a tragedy would happen.

A GoFundMe has been established to support the Singh family. 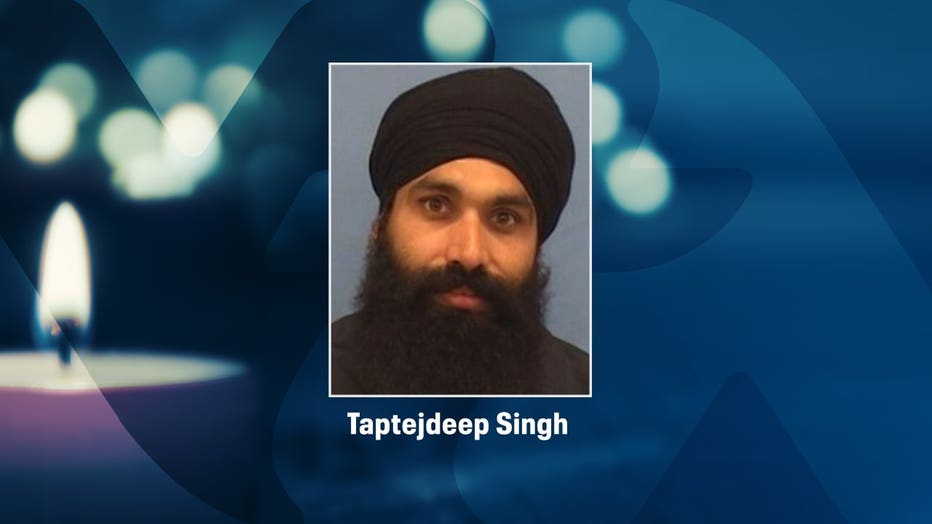 Timothy Michael Romo, 49, was an overhead line worker at the Valley Transportation Authority for 20 years, said Glenn Hendricks, chair of the VTA’s board.

He grew up in the Central Coast town of Greenfield, California, where his father, Mike Romo, was the mayor and police chief, for many years.

The father of three was remembered by his children as smart, funny and someone who could fix anything, from a personal problem to a busted truck.

"He was my hero, my idol, everything I’ve ever wanted to be as a man and he led by example," said his son, Scott. "He was my Superman."

His wife, Annette, told the evening crowd: "I only have a few words to say: Never leave home without giving your loved one a kiss goodbye. Because that was the last I got." 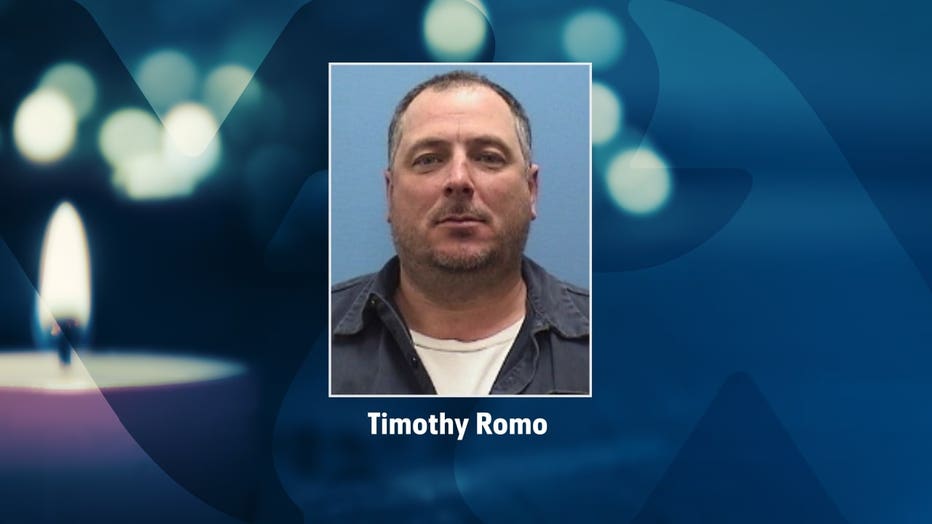 On Thursday, GoFundMe launched a section of their website dedicated to the VTA shooting. GoFundMe says they will continue to add new fundraisers to this page once they are verified by the company.

Immediately following the Wednesday shooting, local officials announced the creation of an official fundraiser through Working Partnerships USA. Those who wish to support the victims in the VTA shooting can donate and provide directly support to the victims and their families.

For more information, or to make a donation online, click here.

Or, if you prefer to make a donation via check, please mail it to:

The Red Cross is helping the families of the 8 victims who were killed in a mass shooting at a VTA facility in San Jose. KTVU's Greg Lee reports.

Bay City News and the Associated Press contributed to this KTVU report.