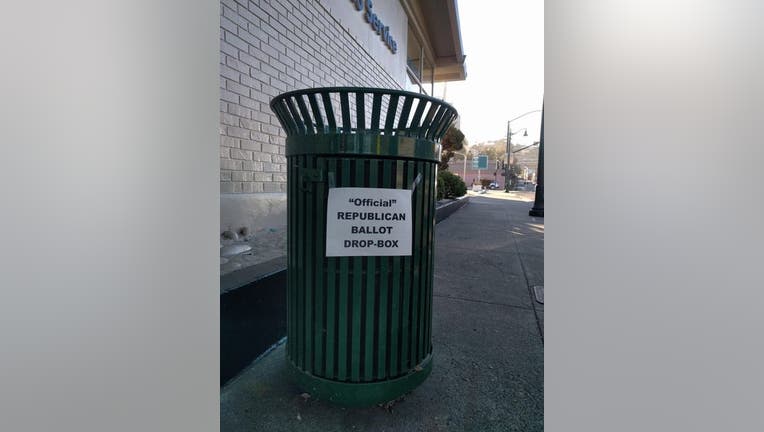 CROCKETT, Calif. - Cynde Martinez is upset with what seems like a proliferation of trash cans in her small city of Crockett littered with what appears to be a joke at the expense of the Republican Party.

Martinez sent KTVU three photos of signs that read "Official Republican Ballot Drop Box," written on white paper with black lettering, all affixed to public garbage cans. The inference was that people should drop their ballots into the trash, which would obviously not get counted as Election Day looms ahead.

It's unclear who is plastering the drop box signs around the 3,000-person town in Contra Costa County, 30 miles from San Francisco.

But the joke appears to be in direct reference to a statewide ballot box brouhaha that began unfolding earlier this week. 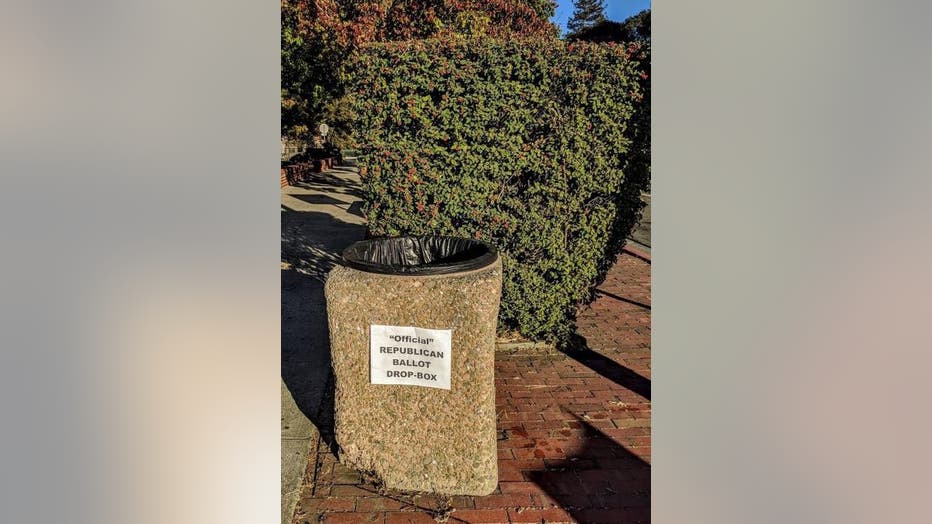 Both state leaders ordered Republicans to remove them by Thursday because they worry voters will confuse these unofficial boxes with the official ballot drop boxes monitored by county election officials.

Election 2020: Will mailed-in ballots be delivered on time?

However, state Republican Party leaders on Wednesday said they will not comply.

Tom Hiltachk, the party’s general counsel, said these boxes comply with California’s “ballot harvesting” law, which lets people collect ballots from voters and return them to county election offices to be counted.

Hiltachk said all of the party’s drop boxes are indoors either at county party headquarters, churches or retailers that have agreed to participate. He says the boxes are locked and monitored.

“The fact that it is a box does not make it illegal,” Hiltachk said. “If we have to use a bag, then we’ll use a bag.”

Hiltachk blamed “perhaps an overzealous volunteer” for mislabeling some drop boxes as “official.” He said none of the boxes now carry those labels.

Once a voter fills out a ballot, anyone can return it. Most people mail them in prepaid envelopes provided by their county election offices. But others place them in official ballot drop boxes spread throughout the county.

CA Secretary of State: Make a plan to vote now

State law defines a “vote by mail ballot drop box” as a “secure receptacle established by a county or city and county elections official.” The Secretary of State has rules about the boxes’ design, how they should be labeled and how often ballots should be retrieved. But county election officials decide how many boxes to have and where to put them.

Political parties will collect ballots from supporters and return them to county election offices, a practice known as “ballot harvesting.” Some states have banned this practice, but it’s legal in California.

Elections officials in Contra Costa County didn't seem too worried that the signs in any way would sway the election.

"I think someone has a sense of humor," Scott O. Konopasek, assistant Registrar of Voters, told KTVU.  "I don’t think it will mislead any voters to entrust their ballot to a waste receptacle.  In any case, voters should only use our official drop boxes or a mail box to return their ballots." 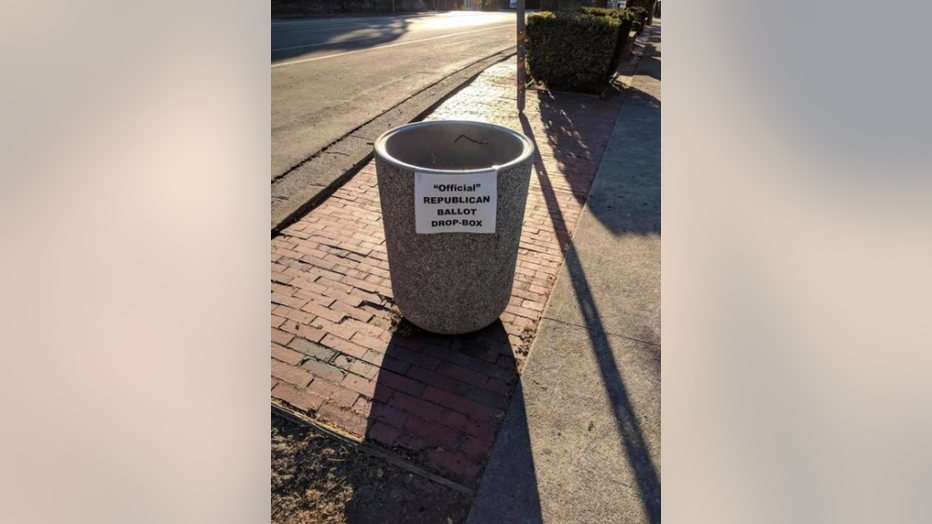