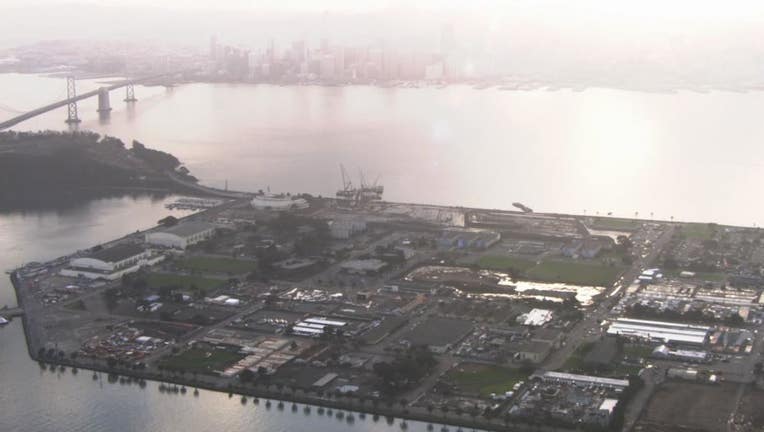 The build out of the new neighborhood on San Francisco Treasure Island is expected to continue through 2035.

Treasure Island Development Authorities are saying that's just the beginning. For years, hanger three has been used as a staging area for construction equipment. Now it's going to be a stage for film makers.

That's just one part of all the work underway on Treasure Island.

From the outside, the hanger isn't much to look at, but inside movie magic has happened.

Mrs. Doubtfire— a box-office smash famously shot in San Francisco— used the hangar as a location to build sets and for filming.

Now, after being used as a construction staging area for close to 10 years, San Francisco's Film Commission has secured a lease for the facility, bringing movie making back to the island.

The film commission says that brings a higher profile for the city, more work for local actors and more money for San Francisco.

"They have to buy things like props, and lumber and wardrobe and spend money on catering, and office supplies," said Susannah Greason Robbins from the San Francisco Film Commission. "So, all that money goes back into the San Francisco economy."

Robert Beck from the Treasure Island Development Authority says filmmaking is just one part of a much bigger picture. On the southwest corner of the island, workers are using piledrivers to make way for the new ferry landing.

It begins with a planned toll to get to the island aimed at encouraging mass transit.

"And then from here there will be a free on-island shuttle to get people to the last half mile to their homes."

In the long term, housing and parks will replace aging military structures, as Treasure Island and Yerba Buena Island are transformed into a whole new neighborhood.

Behind the iconic administration building, infrastructure upgrades are underway for what will be the main retail area for the island.

Right next to the movie making location in hangar three, hanger two will be transformed into a full-sized supermarket, just one of the neighborhood servicing businesses expected to open here.

"The dry cleaners, the grocery stores, the pharmacy, the urgent care clinic," said Beck. "We want to have all of those here on the island so people can stay in this community."