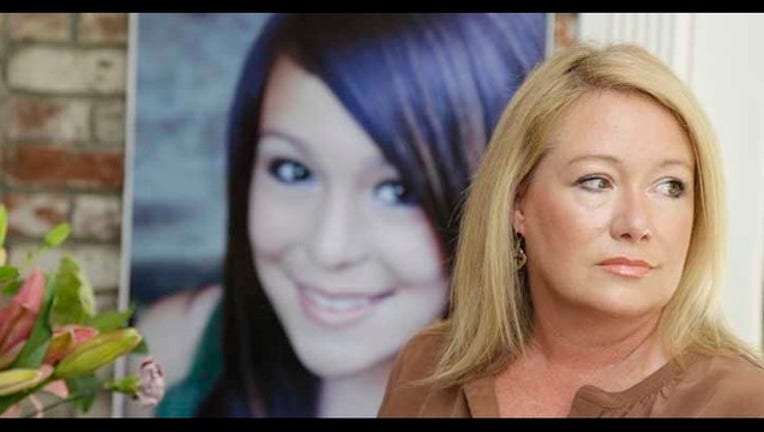 SAN JOSE, Calif. (AP) — A 15-year-old girl hanged herself a week after three classmates photographed themselves sexually assaulting her at a 2012 party, petrified the boys would circulate the photos online and believing gossip about her was spreading widely.

Audrie Pott's story has captivated those concerned with teen bullying, which appears to be on the rise with the help of smartphones and social media but rarely ends in suicide.

A wrongful death trial this month in San Jose will determine whether bullying played a role in the girl's suicide. Lawyers are scheduled to argue Wednesday over what evidence the jury will hear, while opening statements are expected to start next week.

The three boys, now high school seniors, and other teens are expected to deliver uncomfortable and emotional testimony about the party where Audrie was sexually assaulted after passing out drunk and other events leading up to her death. They will describe life in an affluent suburb of privilege, divorce and their attachment to smartphones and social media.

Parry Aftab, a digital privacy lawyer, said Audrie's suicide likely will be discussed at an international anti-bullying conference in Ireland in May that she's helping organize.

"Depending on what the jury decides, the kids will look at this and see there may be consequences," Aftab said.

Audrie's parents say the assault and fear of online ridicule caused her suicide, and they have pursued a wrongful death lawsuit against the boys, their families and others for three years that will culminate with the three-week trial.

Her parents say they want to hold the boys responsible and call attention to bullying, social media shaming and teen suicide. One of the three teens told attorneys that in the weeks before Audrie's suicide, the trio swapped racy selfies of girls they badgered into taking the photos.

That boy and his family recently apologized to the Pott family and agreed to pay $600,000 to settle their portion of the case. But the other two teens insist they weren't responsible for Audrie's suicide because she had other problems.

Their lawyers say in court filings that "poor parenting" and other factors beyond the assault led to her death. Audrie's parents are divorced, and the boys' lawyers argue the girl's relationship with her family played a big role in her suicide.

A man claiming to be her biological father contacted Audrie when she was in eighth grade, causing emotional turmoil that remained unresolved when she died, the lawyers say. They also claim Audrie was deeply upset about a split with her best friend, who accused Audrie of lying, drinking and being a "bad friend."

The Potts' lawyer, Bob Allard, dismisses those claims as a "smear campaign" to distract from the root cause of Audrie's suicide: the photos of her sexual assault and the belief she was the subject of rampant rumors.

On Sept. 2, 2012, Audrie drank Gatorade laced with vodka at the unsupervised party and then passed out, awakening with her pants removed and crude remarks written on her body. Ten days later, Audrie's mother found the teen hanging by a belt in their home.

The Associated Press is not naming the boys, who are now 18, because they were 15 at the time of the assault. Two of the teens served 30-day jail sentences, the other spent 45 days behind bars after pleading guilty to felonies in juvenile court.

The family that owned the house where the party occurred when they were out of town agreed to pay $100,000 to settle their portion of the lawsuit. The family of a girl who witnessed the assault and tried to cover it up paid $150,000 to settle, and the mother of one of the boys facing trial paid $25,000, court records show.

Audrie's parents led the campaign to pass a California law that allows prosecutors to seek harsher sentences for juvenile sex offenders who take pictures of their crimes and use them to bully victims.