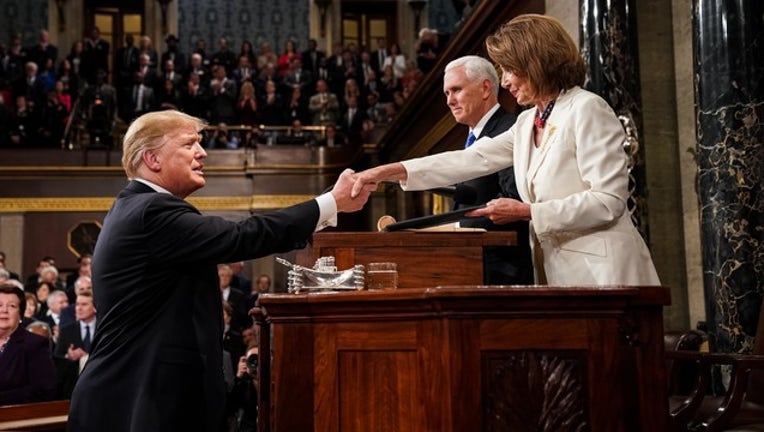 President Donald Trump shakes hands with Speaker of the House Nancy Pelosi while joined by Vice President Pence before delivering the State of the Union address at the U.S. Capitol Building on February 5, 2019. (Photo by Doug Mills-Pool/Getty Images)

Trump tweeted Wednesday he greatly appreciates Pelosi's "statement against impeachment" but says "everyone must remember the minor fact that I never did anything wrong." Trump claims his first years in office have been "the most successful first two years in history" and asks how anyone with such a record can be removed from office when "impeachment is for 'high crimes and misdemeanors'?"

Special counsel Robert Mueller is examining whether Trump's campaign colluded with Russia and whether Trump tried to obstruct the investigation. Trump insists "there was no collusion."

Pelosi told The Washington Post this week she's not for impeachment, at least for now, saying the Republican president is "just not worth it" without overwhelming support for his removal.