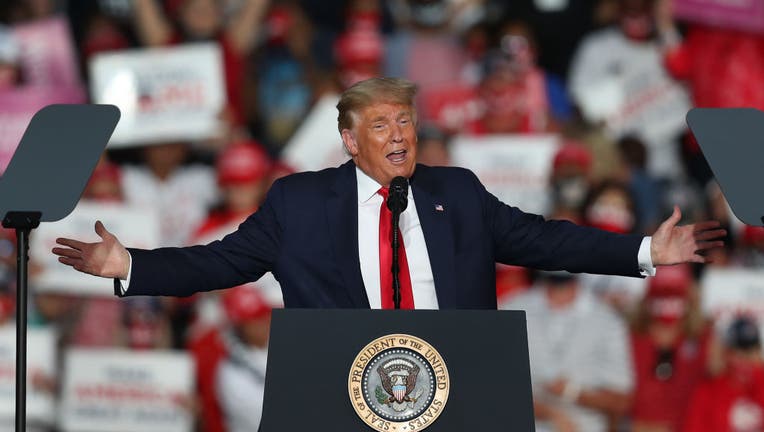 President Donald Trump speaks during his campaign event at the Orlando Sanford International Airport on October 12, 2020 in Sanford, Florida.(Photo by Joe Raedle/Getty Images)

OAKLAND - President Trump on Tuesday promised the "great people" of California that he can turn all the state's dilemma's around if residents vote for him in the November election.

In a tweet, President Trump claimed that California, along with New York, and Illinois had high tax rates, plagued with crime, and "just about any other problem you can have."

Trump apparently changed his sentiment toward the Golden State after just last week claiming that California was  "going to hell."

Trump has often ridiculed blue states, so it's no wonder he singled out California, New York, and Illinois, all three considered Democratic strongholds.

With election night only two weeks away, the president seems to have changed his approach to reel in voters in those states.