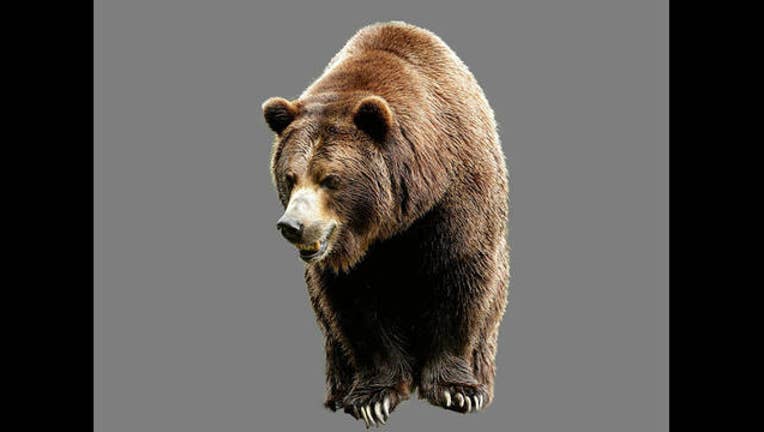 But when state officials wanted to extend "predator control" to federal wildlife refuges, the U.S. Fish and Wildlife Service said no. And after years of saying no, the agency late last year adopted a rule to make the denial permanent.

Alaska's elected officials called that an outrage and an infringement on state rights. The dispute reached the White House.

"Some of you will say, `Oh, we have to protect the wolf puppies,"' Young told colleagues on the floor of the House. "That's not what it's about. It's about the law."

Critics contend Alaska officials use unsportsmanlike techniques that would have horrified Teddy Roosevelt, creator of the first federal refuge, to boost moose and caribou numbers. Sportsmanship, however, is not a consideration, according to state authorities, when it comes to surgically removing certain numbers of predators to benefit prey populations.

Predators can kill more than 80 percent of the moose and caribou that die during an average year, according to the Alaska Department of Fish and Game.

Alaska's mandate for killing predators comes from a law passed by the state Legislature recognizing that certain moose, caribou, and deer populations are especially important human food sources. When those populations drop too low, the Alaska Board of Game, which regulates, hunting and trapping, can authorize "intensive management."

The focus once was almost totally wolves. Since 1993, the state has killed hundreds along with lesser numbers of black and grizzly bears that prey on caribou or moose calves.

Federal wildlife refuges operate under a different mandate. For example, the Alaska Maritime National Wildlife Refuge, where the state in 2010 sought to kill wolves from helicopters to protect caribou on Unimak Island, was created by Congress with the mission of conserving animal populations and habitats "in their natural biodiversity."

Geoff Haskett, former Alaska regional director for the U.S. Fish and Wildlife Service, said the agency adopted the rule for Alaska refuges after repeatedly fending off state attempts to extend predator control in direct conflict with refuge purposes. Some attempts up in court. For two years, he said, the state authorized an overharvest by hunters of grizzly bears on the Kenai Peninsula. The agency closed the Kenai Peninsula National Wildlife Refuge in response.

"Brown bear biologists from both the state side and the federal side had real concerns about the amount of unlimited harvest and the amount of females that would be taken by what was proposed by the state," Haskett said.

Haskett left the agency and is now acting director of the National Wildlife Refuge Association. Even though President Trump signed the congressional resolution, Haskett believes it will not give the state of Alaska carte blanche to begin predator control on federal refuges.

"It doesn't change the laws and authorities and existing regulations that the service already has," Haskett said. "It's really back to square one."

Ken Marsh, spokesman for the Alaska Department of Fish and Game, agreed. Without a blanket rule, federal refuge managers likely will consider predator control requests on a case-by-case basis, he said, under provisions of federal environmental law.