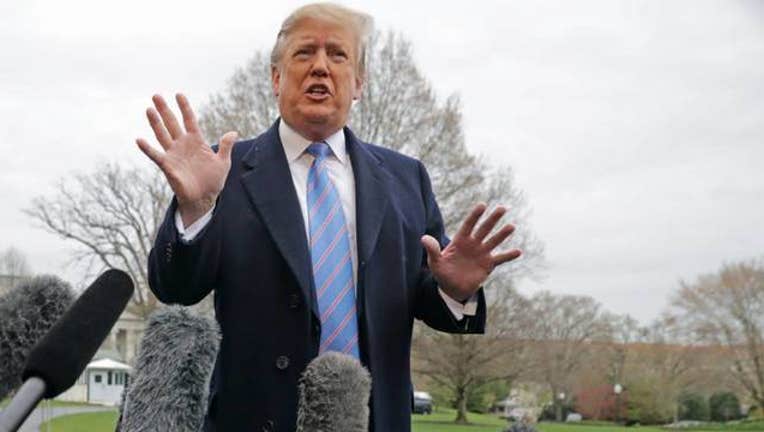 FOX NEWS - President Trump on Friday said that he once again would not be attending the White House Correspondents’ Association (WHCA) dinner set for later this month.

While criticizing the annual event scheduled for April 27, the president said he had other plans for the day.

"The dinner is so boring and so negative that we're going to hold a very positive rally instead," Trump said.

A decision hasn’t been made at this point on where the rally will be held, Trump said, while promising that it would “be a big one.”

Following the announcement, the WHCA tweeted a statement from their president, Olivier Knox, saying that the organization is “looking forward to an enjoyable evening of celebrating the First Amendment and great journalists past, present, and future."

Trump has not attended the dinner since he took office, but had suggested he might appear this year after the organization adjusted their plans and invited Pulitzer Prize-winning author Ron Chernow to speak instead of a comedian.

Comedian Michelle Wolf made waves after her performance at last year’s event, where she spoke critically of the White House and specifically press secretary Sarah Sanders, who attended as a representative of the Trump administration.