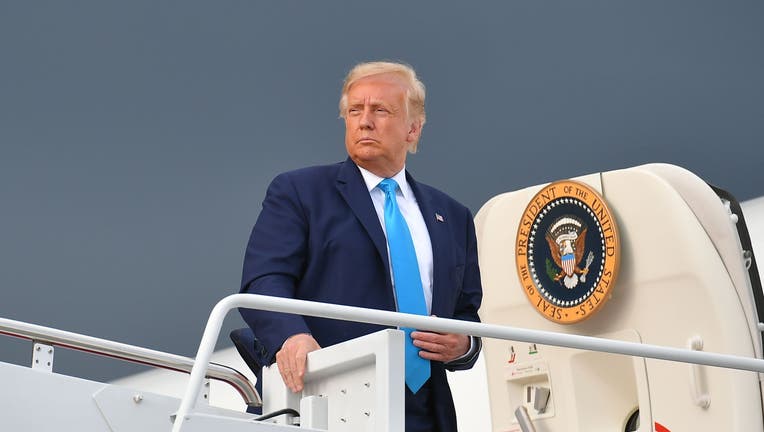 WASHINGTON - President Donald Trump said Thursday that people who vote early by mail should show up at their local polling places on Election Day and vote again if their ballots haven’t been counted, a suggestion that experts said would lead to chaos, long lines and more work for election officials during a public health crisis.

In a series of tweets, Trump encouraged voters to go to their polling site to “see whether or not your Mail In Vote has been Tabulated (Counted). If it has you will not be able to Vote & the Mail In System worked properly.”

Election officials warned that a flood of voters showing up on Nov. 3 to check the status of their ballots would mean even more disruption during the coronavirus outbreak and lengthy waits. Karen Brinson Bell, executive director of the North Carolina State Board of Elections, said it also could undermine public health efforts.

The board “strongly discourages” people from following the president's guidance, Brinson Bell said in a statement. “That is not necessary, and it would lead to longer lines and the possibility of spreading COVID-19."

Trump's latest remarks raising questions about the integrity of mail voting came the same day that the Department of Homeland Security sent a memo to election officials warning that “Russia is likely to continue amplifying criticisms of vote-by-mail and shifting voting processes amidst the COVID-19 pandemic to undermine public trust in the electoral process,” according to an official familiar with the memo but not authorized to speak publicly.

It's the latest warning by U.S. officials that Russia may be using some of the same criticisms as Trump.

Many states offer ways for voters to verify the status of their ballot online that provide information on when an absentee ballot request has been received, when a ballot has been sent, when the ballot has been received by a local election office and whether it has passed the security review and been accepted. These are typically available on the website of the state election board or the secretary of state.

Voters in the few states that don’t provide this information online have the option to call their local election office.

Trump has for months claimed without proof that there could be widespread voter fraud in November. That's despite officials in states that have relied on mail-in ballots saying there is little evidence of fraudulent activity. Multiple studies have also debunked the notion of pervasive voter fraud in general and in the vote-by-mail process.

On Wednesday, Trump first seemed to urge absentee voters to go to their polling place on Election Day to see if they could vote again. His remarks drew widespread alarm from various officials and voting rights groups, saying that if voters were somehow able to cast a second ballot, they could face prosecution for voting twice.

“Let me be perfectly clear: voting twice is illegal, no matter who tells you do to it. The president’s idea is a great one for people looking to go to jail,” said Michigan Attorney General Dana Nessel.

Karen Hobart Flynn, president of Common Cause, said: “You cannot test election integrity rules by breaking them, any more than you can rob a bank to make sure your money is safe.”

White House press secretary Kayleigh McEnany blamed the media for taking Trump’s words out of context. She said the president said mail-in voters should go to the polls to make sure their votes got tabulated, and if they weren’t, they should vote in person.

“The president does not condone unlawful voting,” McEnany said.

Trump’s tweets on Thursday appeared to be an effort to clarify the earlier remarks. But they continued to cause concern for election officials who would have to deal with voters showing up at polling places on Election Day to demand information on their absentee ballots.

All states track absentee ballots, so they know which voters have requested an absentee ballot and, of those, how many have returned their ballots. This information is available to poll workers on Election Day for the check-in process, either through paper or electronic poll books.

Having large numbers of people casting provisional ballots would create long lines at polling places on Election Day because it’s more time consuming for poll workers to work through than issuing a regular ballot. Once polls close, it’s much more work for election officials.

“It’s just going to increase the strain on the system,” said Jennifer Morrell, a former election official in Colorado and Utah. “All those provisional ballots that have been issued, they are all going to have to be researched. You need to be so thorough. You don’t want to disenfranchise anyone who has the right to vote and you also don’t want to let a vote be processed if it shouldn’t be.”