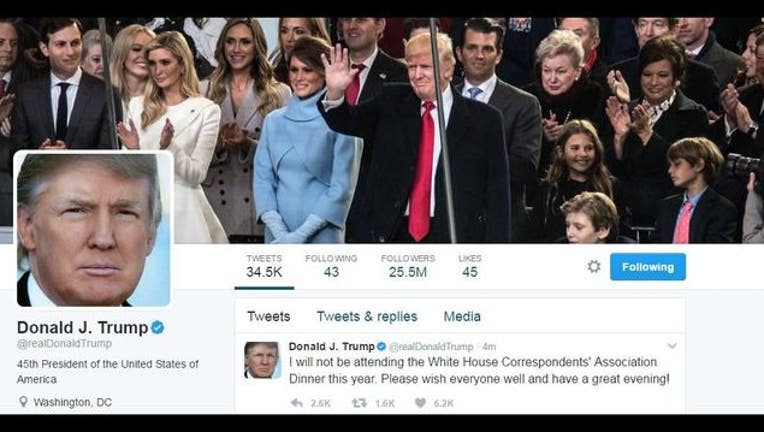 WASHINGTON, D.C. (FOX 13) - President Donald Trump said in a tweet Saturday that he will not attend the yearly White House Correspondents' Dinner.

The announcement, made on his personal Twitter account, @realDonaldTrump, comes a day after journalists from several major news outlets filed a complaint for apparently being denied access to a White House press briefing, which drew a rebuke from the White House Correspondents’ Association.

Journalists from The New York Times, The Los Angeles Times, CNN and Politico said they were the ones banned from the White House Press Room Friday, where Press Secretary Sean Spicer gave remarks.

Fox News, which was not kept from covering the event, nonetheless joined a complaint filed by the chair of the five-network television pool.