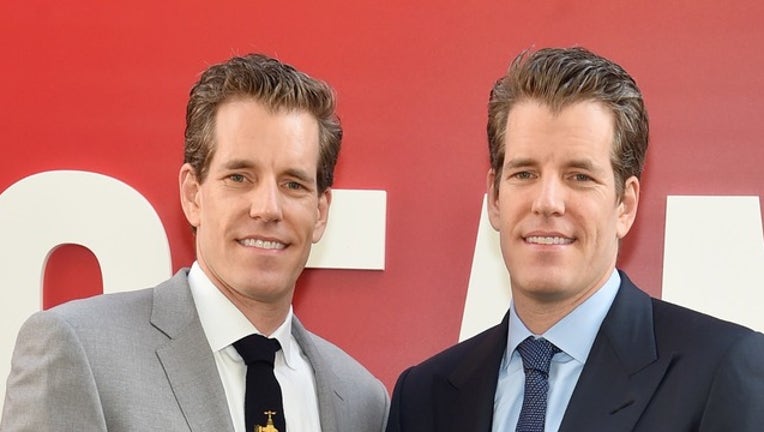 SAN FRANCISCO (AP) - Can a Libra and two Geminis get along? How about Facebook and the Winklevoss twins?

Back in the day, Mark Zuckerberg's hunky Harvard classmates claimed the Facebook CEO stole their idea for the social network when he was just a nerdy undergrad. Now, Facebook's grand plan for a new digital currency called Libra could bring the three men together again - though it remains to be seen whether there'll be enough drama to warrant a sequel to "The Social Network," the 2010 film based on the story of Facebook's founding.

Tyler and Cameron Winklevoss have busied themselves since their Harvard days - they're 37 now, while Zuckerberg is 35 - investing heavily in Bitcoin, currently the best-known "cryptocurrency." With Libra, though, Facebook is hoping to change that, and so once again Zuckerberg seems to be one-upping the "Winklevii" in their own backyard.

Perfect for a dramatic retelling, right? But how about a rom-com, or at least a bromance? The Winklevoss twins, it turns out, have also founded Gemini, a cryptocurrency exchange based in New York City. The idea behind the exchange, started in 2014, was to create a secure ecosystem that is "free of hacking, fraud and security breaches," to move cryptocurrency out of Wild West days and into something that's regulated, secure and used by regular people.

Facebook's Libra, meanwhile, hopes to be the first Bitcoin-like currency with mass appeal, thanks to its backing by familiar corporations like Uber, Visa and Mastercard. Is there room for some cooperation? Or will the twins get burned again?

In an interview with CBS News on Sunday, Cameron Winklevoss said he was not worried about Libra's launch. "There's so much pie to grow, I mean, at this point, we need to be frenemies," he said.