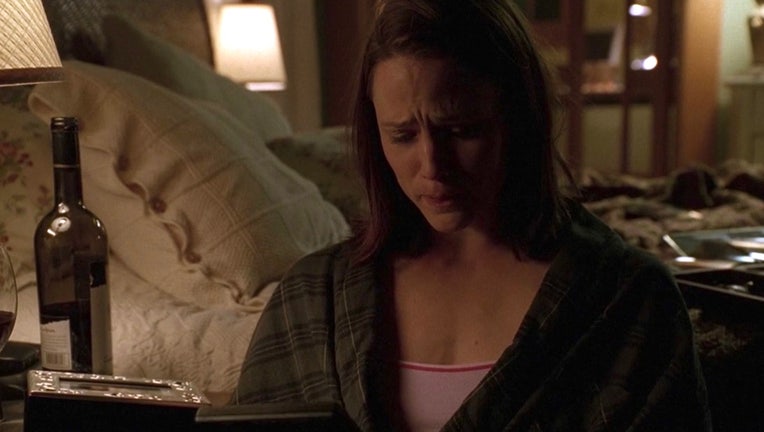 CHICAGO - "I promise I won’t cry. It’s just a single frame from a TV show."

The conversation on Twitter can change in an instant, but this one seems to have legs. TV fans have been sharing the television moments that brought them to tears — honestly or ironically — with choices as diverse as "Avatar: the Last Airbender," "Game of Thrones" and "The Wire."

If you’re a TV lover, odds are you can come up with an example at the drop of a hat. But just in case you’re stumped (or want to discover another single frame to not-cry about), a perfect frame exists. Look no further than the first episode of "Alias" — currently streaming for free on Tubi.

"Alias," created by J.J. Abrams, premiered on ABC Sept. 30, 2001. The series stars Jennifer Garner, pre-superstardom, as college student Sydney Bristow, an intelligent young woman with a steady job in finance, great friends (Merrin Dungey and Bradley Cooper — yes, that Bradley Cooper) and a handsome British boyfriend in the person of Dr. Danny Hecht (Edward Atterton) who, in the opening moments of the pilot, becomes her fiancé.

It’s a life that seems pretty marvelous, save two tiny sticking points. There’s her estrangement from her father Jack Bristow (Victor Garber), her only living parent after her mother’s death in a car accident when Sydney was a child. And then there’s the fact that her job isn’t actually with a bank, but with SD-6, an elite organization within the C.I.A. — unless maybe it isn’t. 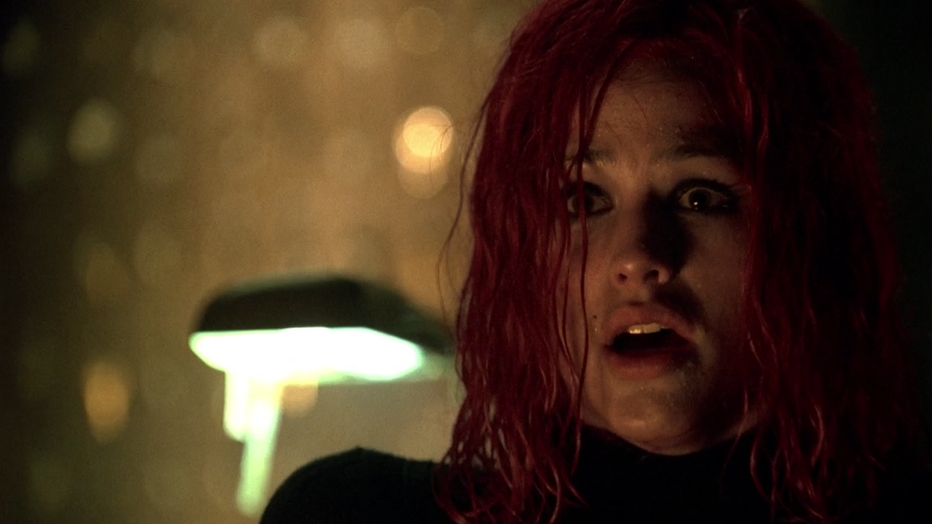 Jennifer Garner in the pilot for "Alias" (Screenshot: Tubi)

While "Alias" first debuted 20 years ago, we’re still loath to spoil any of the surprises in its marvelous pilot, so we’ll refrain from explaining too much of the story told in its pilot episode, which garnered two Emmys for the show. Suffice it to say that Sydney’s covert professional life and rich, fulfilling personal life collide in catastrophic fashion.

The tension between her two worlds would define the series for much of its run, both thematically and practically, and affects nearly everyone in Sydney’s life — as one example, the events of the pilot push Cooper’s character, journalist Will Tippin, onto a life-altering path.

But "Alias" is Sydney’s series, and the tragedy of the pilot (titled "Truth Be Told") is movingly summed up in a single heartbreaking scene: Sydney, glass of wine in hand, sits down to re-record her answering machine message.

Plot details from "Truth Be Told" are revealed below. If you want to watch it unspoiled, pop on over to Tubi and come right back. We’ll wait.

Welcome back; things are about to get sad. After Sydney accepts Danny’s charmingly awkward proposal, she decides she needs to tell him the truth about her career. She takes an abundance of caution when doing so, aware that this revelation could put them both in grave danger. But Danny doesn’t take the news well, and he takes time to think while she heads off on another mission.

Ultimately, he arrives at the conclusion that he loves her far more than he hates her dangerous job, and calls her to tell her so — but as she’s still out on spy-duty, he leaves her a message on her answering machine, and is violently murdered by SD-6 for his trouble.

Sydney is, predictably and understandably, devastated. And while Abrams, who both wrote and directed "Truth Be Told," does a fine job capturing the scope of Sydney’s grief and the concerns of those who love her, the moment that best conveys her loss is a profoundly simple one. She has to change her answering machine message from a chirpy, joint message from Danny and Sydney together to a much sadder solo message.

The earlier message ends with a laughing Danny saying, "Thank you — she meant to say thank you." When Sydney records the new message, it’s brief but deeply poignant: "Hey, this is Sydney. Leave me a message."

There’s a loaded pause, and then she adds, "Thank you."

Abrams’ meteoric rise does not stem from this simple scene, and nor does Garner’s. Yet it’s an example of why "Alias" — or its first few seasons, at least — was so engaging. The surface appeal of "Alias" is all wigs and kicks and gadgets (and the smoldering tension between Sydney and her eventual C.I.A. handler Michael Vaughn, played by Michael Vartan), but its heart is relatable and all too human.

Yes, the big, bombastic scenes are mesmerizing, but so is a grief-stricken young woman conquering a task even more daunting than facing down assassins and mercenaries around the world: rewriting the mundane pieces of her life to match her new and devastating reality.

In short: If you’re looking for that single frame from a TV show to share, consider the one above. Jennifer Garner’s tiny "thank you" can crack a heart right through the center. The goofy wigs are just a bonus.

Five of the best "Alias" episodes, now streaming for free on Tubi

"Truth Be Told" — season 1, episode 1: One of the great pilots of the 2000s begins with a spirited rendition of "Build Me Up Buttercup" and ends with a startling revelation in a cemetery, with a parking garage car chase, some pink hair dye and lots of amateur dentistry in between. Jennifer Garner and Victor Garber are terrific together throughout the series, and it all begins here.

"The Box (Part 1)" and "The Box (Part 2)" — season 1, episodes 12 and 13: This two-parter sees guest star Quentin Tarantino hamming it up as Sydney and Jack join forces to save their SD-6 cohorts from a potentially lethal hostage situation. Keep an eye out for easter eggs — these episodes contain a number of references to John McTiernan’s action action classic "Die Hard," which inspired the story. (You can also watch "Die Hard" for free on Tubi.)

"The Enemy Walks In" (season 2, episode 1): The second-season opener introduces celebrated Swedish actress Lena Olin as the mysterious Irina Derevko. We can’t tell you more about this important and unforgettable character — sorry, but that’s highly classified and you don’t have clearance.

"Phase One" — season 2, episode 13: Airing after the 2003 Super Bowl, this episode could have been memorable for its high voltage opening alone, what with the AC/DC, the lingerie and the fact that its gripping action sequences all took place aboard the target’s luxe private jet. But the opener is, appropriately enough, just the beginning of a thrilling episode that utterly upended an already twisty series.