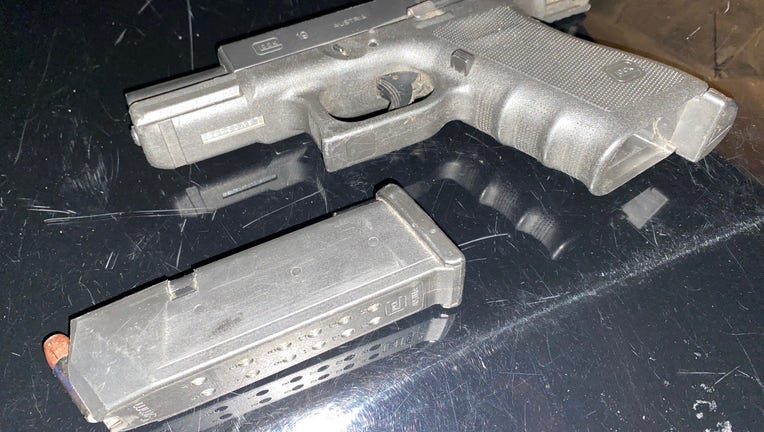 The first occurred at 8:04 p.m. in the area of Corby Ave at Hearn Ave. The driver of the vehicle, Luis Miguel Peraza, 25, of Santa Rosa, told the officer there was a loaded firearm in the vehicle.

A search of the vehicle found a loaded Glock 9mm semi-automatic handgun.

Police arrested Peraza for suspicion of several violations, including possession of an unregistered and loaded firearm.

When the officer learned Lara-Vazquez was on felony formal probation - which officials said allows police to conduct a warrantless search and seizure and prohibits the individual from possessing any weapons or ammunition - he had the driver exist the vehicle.

As the suspect exited the vehicle, officials said the officer noticed Lara-Vazquez holding a round of ammunition in his hand. The suspect briefly resisted the officer, who was able to arrest the driver without Lara-Vazquez being injured.

A search of the vehicle found a loaded Glock 9mm semi-automatic handgun. Lara-Vazquez was arrested for suspicion of several violations, including violating probation, resisting arrest, and possession of a loaded firearm and ammunition by a convicted felon.