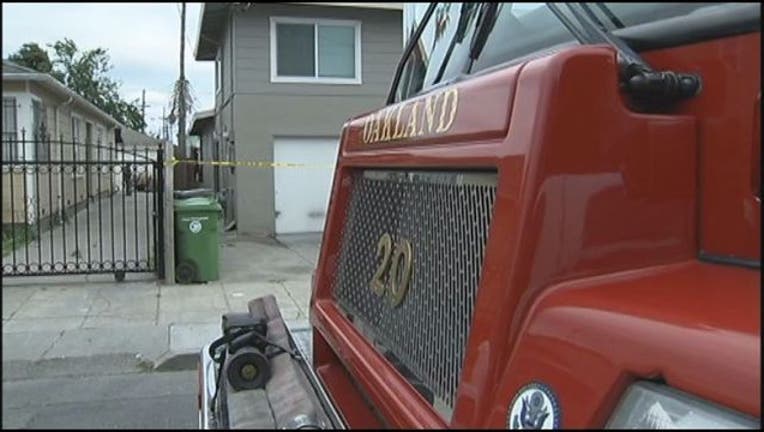 OAKLAND, Calif. (KTVU and wires) -- Two people died and one is at a hospital in critical condition after a kitchen fire at a home in East Oakland on Wednesday evening, a fire battalion chief said Thursday.

Three people in the home, a man and woman in their 50s and another man in his late 70s or early 80s, suffered serious smoke inhalation injuries and two later died, Acting Fire Battalion Chief Marlon Brandle said.

The fire apparently started on a pot on the stove in the kitchen, Brandle said. Firefighters quickly extinguished the blaze at 6:56 p.m. after arriving at the scene, he said.

"It must have been smoldering for a while," Brandle said.

The victims' names are not being released by the Alameda County coroner's bureau until their family members are notified of the deaths.