Push to get Latinos tested in the Mission

Jon Jacobo from COVID-19 Latino Task Force is urging those living in the Mission District to get testing by UCSF researchers starting Saturday.

The discovery was made on Monday, days before residents in the predominantly Latino section of the Mission District are invited to be tested for free by University of California at San Francisco researchers to see if they are positive for coronavirus.

Casa Quezada is managed by Dolores Street Community Services. On Friday, Dolores Street organizer Diana Flores told KTVU that there should have been a "faster turnaround" for testing of these residents by the Department of Public Health, which did not respond for immediate comment.

"We have been asking for testing for other congregate settings where exposure has occurred and fear what happened at Casa Quezada will happen in other hotels in the Mission if we don’t prioritize testing high-risk populations," Flores said.

The first indication of a problem, Flores said, was on April 9 when a resident who lives on the fourth floor told staff that he had been presenting with COVID-19 symptoms for the past two weeks.  Staff called the Department of Health Services to say that the resident had a fever of 102 and a persistent cough.  According to Flores, the triage counselors did not recommend that the person be tested and suggested the person self-isolate. Concerned with the high risk of communal transmission, staff at Casa Quezada contacted the  Mission Neighborhood Health Centers, who tested the person and moved him or her to the city's Isolation & Quarantine Center that afternoon. 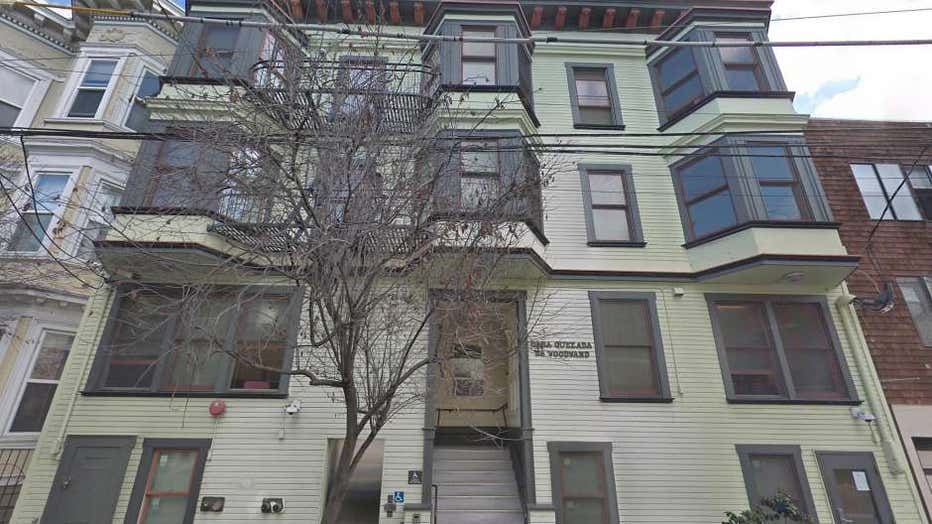 Casa Quezada’s 52-unit site serves people who have been previously homeless. Many residents are monolingual Spanish-speaking immigrants with limited access to other forms of subsidized housing in San Francisco. The majority of the residents at have underlying health conditions such as diabetes, hypertension, obesity, or heart and pulmonary conditions which make them particularly vulnerable to severe illness or death from COVID-19, Flores said.

After being notified that there might not be enough rooms to move all residents who were exposed, her group pushed for all Casa Quezada residents to be placed in hotel rooms where they could properly isolate. Although 17 residents were negative, Flores said that "some most certainly will develop COVID-19 symptoms over the next two weeks given the high rate of contagion."

As of Thursday, she said all residents were safely transported to hotel rooms in the city’s Isolation & Quarantine Department.

At least two other districts are reporting outbreaks in their low-income hotels, Flores said. The Mission SRO Collaborative has confirmed four COVID-19 positive cases at the Grand Southern and 1 at 16 Virginia. The Grand Southern is a 60+ unit hotel with mostly families, seniors and immunocompromised folks.

Flores pointed out that staff at the Dolores Street Community Services center were able to address the issue after "tirelessly" advocating for residents to get immediate medical attention. She added that "this is not the reality at other SRO hotels."

She urged for mass testing for early identification of COVID-19 positive cases.

Among other things, her group is demanding that the city of San Francisco, Department of Public Health & the Department of Homelessness & Supportive Housing:

“As an organization fighting for racial equity and justice we are not surprised that the historical and generational structural inequities impacting the Latinx community would place their health, safety and economic well-being at great risk," Dolores Street Community Services Executive Director Laura Valdez said in a statement. "It would be shameful to let this moment pass without any structural reform that brings about long-term solutions for our community’s most pressing issues.”

The positive cases highlight what researchers are trying to understand in a four-day testing effort beginning on Saturday.

That's when UCSF researchers will conducting tests along a  densely populated tract of San Francisco’s Mission District of 5,700 residents. Earlier this week, the researchers were testing residents of Bolinas, a small, rural town in western Marin County.

For this work, the UCSF team – led by Bryan Greenhouse, MD, Gabriel Chamie, MD, Carina Marquez, MD, and Diane Havlir, hopes to use their past community-based studies of HIV, malaria, and tuberculosis, to understand the new coronavirus, including in especially vulnerable populations.

Study participants who test positive for active COVID-19 infection will get immediate follow-up calls from UCSF infectious disease experts, working with regional public health departments and community groups, to assist with the process of facilitating isolation and quarantine, and to connect persons with active disease to medical support through partnerships with local healthcare networks, according to UCSF.

Those who test negative will be expected to continue abiding by shelter-in-place and social-distancing mandates because of the possibility of false negative test results and a general lack of information about the potential for reinfection with the disease, the university said.

“The COVID-19 pandemic is disproportionately affecting the Latinx community in San Francisco," Marquez said, "both in terms of infection rates and economic hardship, and we have been partnering very closely with the Latino Task Force for COVID-19 to support this community by working to disrupt the transmission of the disease."