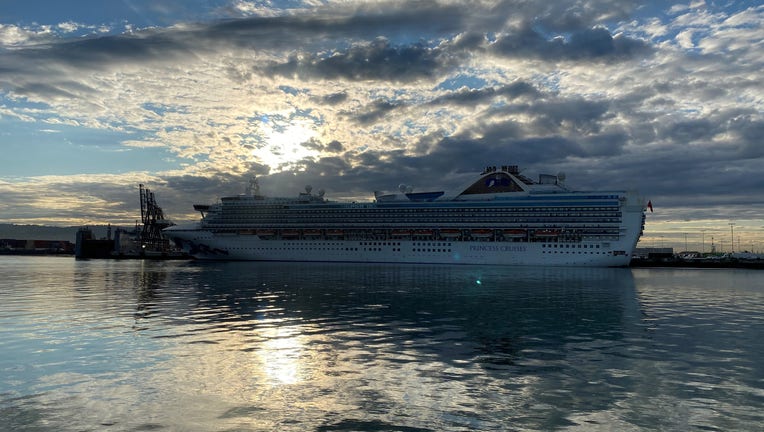 Stunning morning view of the Grand Princess, still docked at the Port of Oakland. The rest of the passengers could be offloaded on March 10, 2020

OAKLAND, Calif. - Two passengers from the Grand Princess, a cruise ship that ended up docking at the Port of Oakland because of passengers who got sick, have died after contracting the virus, officials said Wednesday.

Both passengers died “due to complications from the coronavirus,” according to the Department of Health and Human Services. One of the passengers died Saturday and the other Monday, HHS said. They were both men in their 60s.

The health department spokeswoman would not say where the men lived or if they had any other pre-existing health conditions.

In addition, HHS said that of the 1,103 passengers from the Grand Princess who chose to be tested, 103 tested positive, 699 tested negative. The remaining results are pending, health services said.

There were 3,400 passengers and crew members on the ship that set off Feb. 21 to Hawaii.

One of the passengers was taken straight from the ship to a hospital, while the other was housed at Travis Air Force Base in Fairfield, and taken to a hospital after he developed symptoms, officials told the Washington Post.

HHS officials said in a statement that they are  “deeply saddened by the recent deaths” and that it was offering grief support to the families, as was the cruise line.

The passengers taken to bases — nearly 2,000 initially, though hundreds later returned to their home states early for quarantines there — were told that testing was optional and discouraged for those without symptoms, the San Francisco Chronicle reported over the weekend.