The tree fell at Locust and Clay streets in San Francisco. The two are expected to be ok.

The man and woman were on the sidewalk in the area of Locust and Clay streets when the tree, about 30 to 40 feet tall, came down on top of them, the San Francisco Fire Department posted on Twitter.

They were taken to a trauma center about 1:30 p.m. with non-life-threatening injuries, fire officials said.

The public was asked to avoid the area. 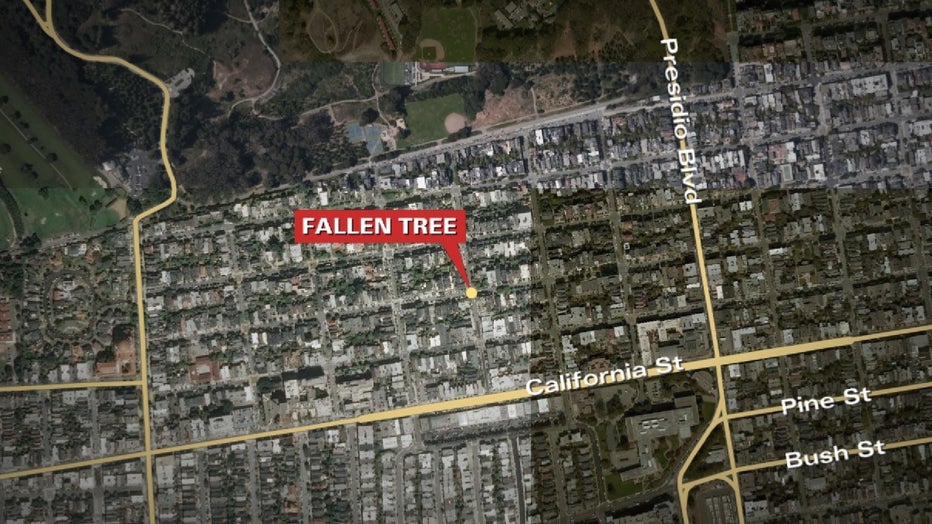