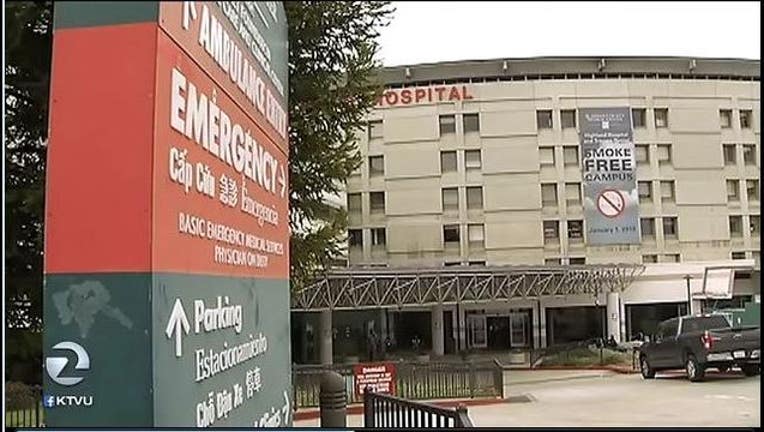 OAKLAND, Calif. (BCN) - Two hospitals in Oakland have been hit with penalties from the state Department of Public Health for failure to maintain compliance with their licensing requirements in recent years.

The Kaiser Permanente Oakland Medical Center at 275 W. MacArthur Blvd. was fined $75,000 for a 2016 case in which a person was found dead in a chair.

The subsequent investigation revealed that hospital staff had failed to follow their policy and procedures for monitoring the patient's heart rhythm.

As a result, staff failed to respond when the patient began to experience a lethal hearth rhythm known as asystole, health department officials said.

This is Kaiser's fourth administrative penalty for placing a patient in "immediate jeopardy," defined as a situation where noncompliance with the requirements of their licensing has caused, or is likely to cause, some sort of serious injury or death.

Highland Hospital, listed at 1411 E. 31st St., was fined $39,187 for a 2017 incident in which the hospital failed to follow policy and procedure for the prevention and control of infections among their patients.

There was also no comprehensive quality assurance and safety program for endoscopy, the process of looking inside the body with a camera.

Hospitals cited by the Department of Public Health in these cases are required to provide a plan of correction to avoid these violations in the future.

Jeff Collins, senior vice president and area manager for Kaiser Permanente East Bay, said Kaiser has evaluated its processes, implemented improvements and added training for nurses, physicians and staff, and those corrective actions were approved by the state Department of Public Health.

"While this was an isolated occurrence, we believe that even one incident is too many, and we are not satisfied until we understand why an error occurs and implement changes to prevent it from occurring again," Collins said.

He also offered his condolences and sympathy to the family of the decedent.

"Alameda Health System is aware of the California Department of Public Health’s 2017 deficiency report and has addressed the findings. Patient health and safety are our top priority and as such, AHS took immediate action upon becoming aware of the issues CDPH presented. AHS has since taken the necessary steps to rectify the issues identified in the report."

Full versions of both reports are available at www.cdph.ca.gov.