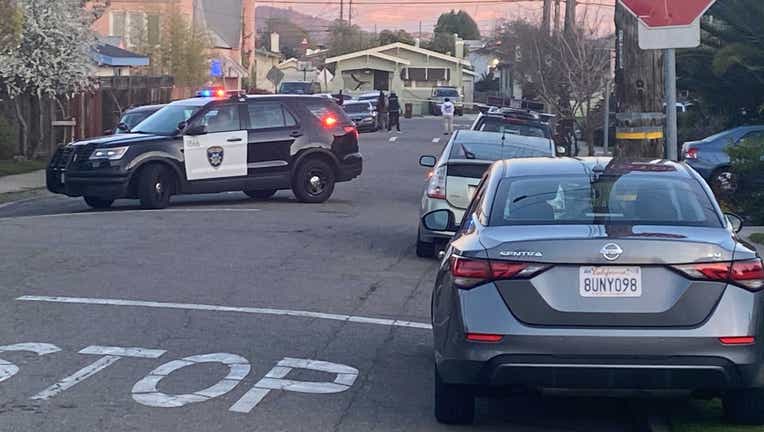 OPD at the scene of a collision involving two officers who were struck by a car.

OAKLAND, Calif. - Two Oakland police officers are in stable condition at a local hospital Thursday afternoon after they were struck by a car while on a traffic post in east Oakland.

Watson said the officers are reported to be doing well.

Officers were in this specific area with street closures this afternoon due to an unrelated incident.

There are no further details at this time.