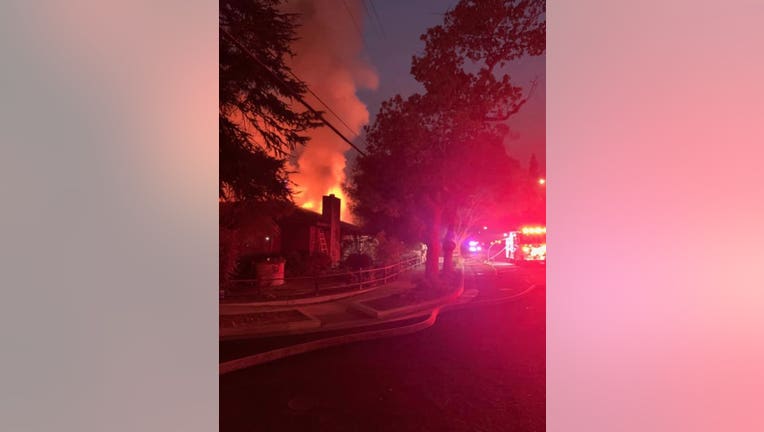 Santa Clara County Fire on Facebook: #SCCFD and City of Campbell Police Department on scene of a 2-alarm structure fire on the 1200 block of Clover Ave. in #Campbell. Please avoid the area.

On Friday at 6:18 a.m., firefighters with the Santa Clara County Fire Department responded to a report of a structure fire at 1250 S. Clover Ave.

Responding firefighters located a house with its garage and roof on fire.

Two residents had already been evacuated from the residence.

Fire crews were able to bring the fire under control within about 55 minutes.

The garage and attic of the residence sustained heavy fire damage, and the remainder of the home sustained moderate smoke and fire damage.

There were no reported injuries in the fire.

The cause was under investigation Friday.