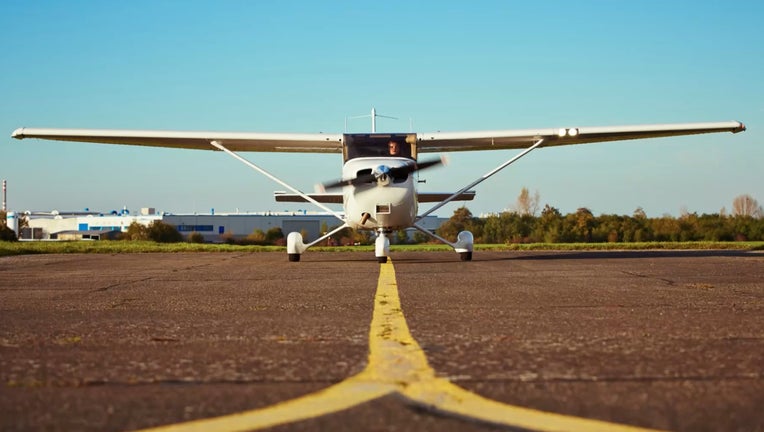 FILE PHOTO. A small plane prepares to take off.

The Humboldt County Sheriff's office said a fixed-wing single-engine plane with two people on board crashed near the Dinsmore Airport crashed and caught fire around 11:50 a.m.

Firefighters responded and extinguished the blaze, the office said, preventing it from spreading into the nearby wooded area. The sheriff's office previously said it believed there were "multiple fatalities" but could not confirm it "due to the state of the wreckage."

Humboldt County officials are working with the National Transportation Safety Board and the Federal Aviation Administration to investigate the crash.

The NTSB said the plane was a Mooney M20J.