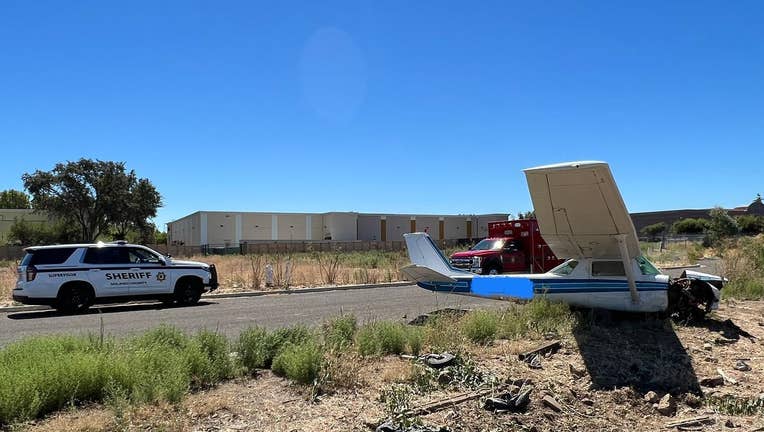 Two people were hurt on Wednesday when a small plane crashed in Solano County.

According to the Sheriff's department, the two people were transported to a nearby hospital. Officials say there was no property damage.

They did not say what may have led to the crash.

An image taken by sheriff's deputies at the scene shows damage to the nose of the plane.

The Federal Aviation Association is on the scene near the Nut Tree Airport and will take over the investigation.