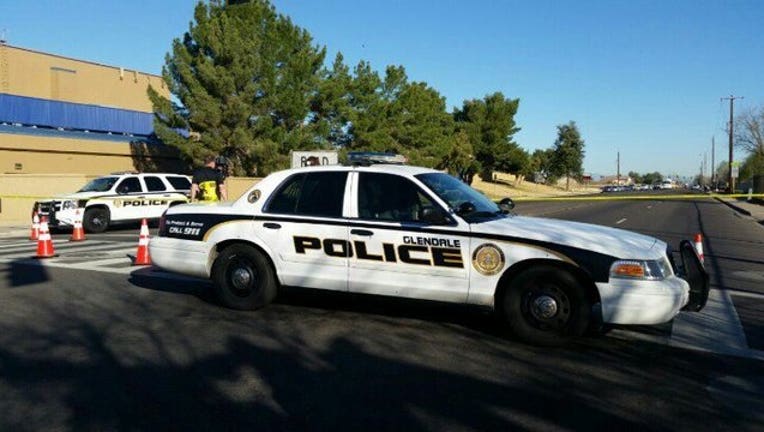 GLENDALE, Ariz. (AP) - Two students were shot and killed Friday at a high school in the Phoenix suburb of Glendale but the danger at the campus was over, police said, as worried parents crowded stores nearby to await word on their children.

Glendale Officer Tracey Breeden told reporters that both were 15-year-old girls and were shot once at Independence High School. Authorities were not searching for any suspects, and a weapon was found near the bodies, she said.

She did not say who fired the shots and had no information on the relationship between the girls, who died at the scene. They were found near an administration building.

She told parents awaiting word on their kids that "your children are safe."

No one can leave or enter the campus of more than 2,000 students until police ensure the school's safety and lift the lockdown, Glendale Union High School District said in a statement on its website.

Worried parents packed a nearby Walmart parking lot, and dozens of others gathered at a convenience store.

Cheryl Rice said she went to the store after a friend called about the shooting and asked after Rice's 15-year-old daughter. "Oh my God, it could be my daughter," Rice recalled thinking.

But the girl called as Rice arrived at the store. "She said, `I'm OK,' so I of course started crying," Rice said. She said it was horrible waiting for word about her child.

Arizona Gov. Doug Ducey tweeted his sympathies, saying, "Our prayers are with the students, educators & families at Independence High School & all the first responders on the scene."