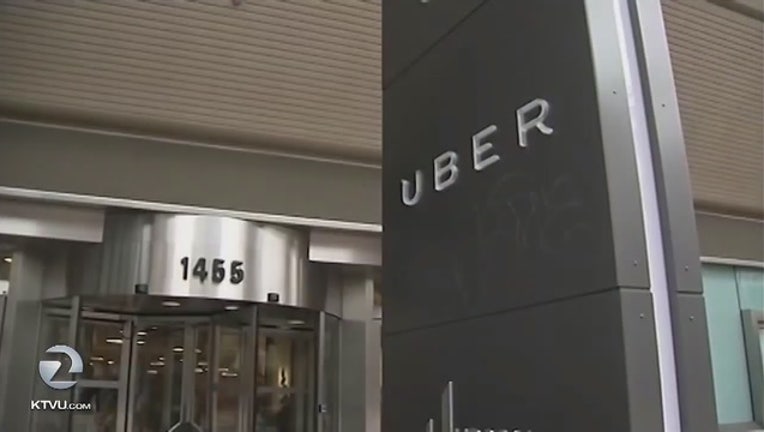 SAN FRANCISCO (AP) - The Latest on Uber revealing its finances ahead of its initial public offering (all times local):

Uber is forging ahead with its initial public offering of stock while the government authorities and regulators investigate whether the company broke any laws while building the world's largest ride-hailing service.

The San Francisco company disclosed the legal cloud hanging over it Thursday as part of documents setting the stage for its stock market debut.

Among other things, Uber revealed the U.S. Justice Department is conducting a criminal investigation into a yearlong cover-up of a massive computer break-in during 2016 that heisted personal information belonging to millions of passengers and drivers.

Other inquiries are looking into Uber's use of duplicitous software to dupe government regulators.

The probes are among the many risks that investors must weigh as they mull whether to jump into one of the biggest IPOs in years.

Travis Kalanick, the former CEO who resigned in 2017 under pressure from the board, is one of Uber's largest shareholders, owning nearly 9% of the ride-hailing company's stock.

Alphabet, the parent company of Google, owns 5% of the company, even as it competes with Uber on self-driving technology. Alphabet also owns roughly 5% of Uber rival Lyft's stock.

Cayman, a subsidiary of Softbank, is Uber's largest shareholder with 16%. Yasir Al-Rumayyan, the managing director of Saudi Arabia's public investment fund, is listed as holding 5.4%.

Uber is providing a look under the hood of its business in the lead-up to its hotly anticipated debut on the stock market.

Documents released Thursday offered the most detailed view of the world's largest ride-hailing service since its inception a decade ago. The unveiling comes four months after Uber took its first step toward its initial public offering with a confidential filing.

The breakdown shows Uber has been generating the robust revenue growth that entices investors, but also racked up nearly $8 billion in losses since its inception.