Non-profit Ukraine Rises founder Jessica Bleyzer is in Ukraine to oversee aid and joined us to discuss her efforts.

WASHINGTON (FOX 5 DC) - Ukrainian President Volodymyr Zelenskyy will be on Capitol Hill on Wednesday night for a Joint Meeting of Congress, according to Fox News. 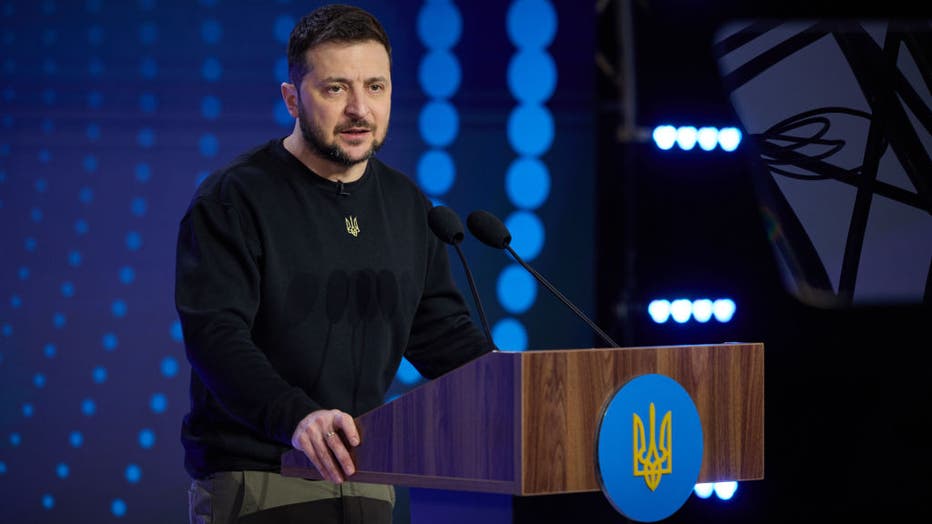 Senior Congressional Correspondent for Fox News Chad Pergram tweeted that the meeting would happen in the House chamber.

The visit would mark his first visit out of the country since the war started. Zelenskyy spoke to a virtual Joint Meeting of Congress in mid-March from Kyiv.

READ MORE: Ukraine's Zelenskyy cites Pearl Harbor, 9/11 in appeal to US Congress for help against Russia

Last week, U.S. officials said Washington was poised to approve sending a Patriot missile battery to Ukraine, finally agreeing to an urgent request from Ukrainian leaders desperate for more robust weapons to shoot down incoming Russian missiles that have crippled much of the country's vital infrastructure.

White House and Pentagon leaders have said consistently that providing Ukraine with additional air defenses is a priority, and Patriot missiles have been under consideration for some time.

READ MORE: Russia warns of ‘consequences’ if US missiles are sent to Ukraine

"A 100% air defense shield for Ukraine will be one of the most successful steps against Russian aggression," Zelenskyy said by video link at a northern European regional threat conference in Latvia. "This step is needed right now."

Amid the infrastructure attacks and power outages across the country, seven civilians were killed and 19 wounded on Wednesday and Thursday, according to a report issued by the Ukrainian president's office.

Moscow has targeted Ukraine’s energy infrastructure since October as part of a strategy to try to leave the country without heat and light during the bitterly cold winter.

The war between Russia and Ukraine has been going on for 10 months.