As the holiday season kicks off, it is known that mail carriers will be working around the clock, but a camera recently caught some behavior that no one wants to see. FOX 10 Investigator Justin Lum reports.

PHOENIX - A postal worker was caught on camera treating packages badly. As the holiday season kicks off, we know mail carriers will be working around the clock, but this is not the behavior you want to see.

Inside a quiet backroom between the tape and boxing, you’ll find a rhythm. It’s repetitive, yet calming and so much care goes into packing vinyl records.

The 'In' Groove ships out up to 300 packages a day, so you can imagine the store owner’s disgust when he saw this on video.

"Three carts in total, and he was just throwin’ them in until there was absolutely no more space."

Watch the video as the USPS postal carrier shows no mercy to the boxes of vinyl records, tossing a few boxes at a time into the back of the truck.

"I mean, violently hurling them into the truck from about a 10 to 12 foot distance and then once the truck got full as they were falling back onto the ground he was throwing them back on top of the pile."

Michael Esposito is the owner of The 'In' Groove. He says he watched the incident happen live on surveillance video.

"My initial thought was let me confront the guy and say something. I just knew in the back of my head that wasn’t a good idea. I don't think anything good could have come of that."

Esposito says the store’s lead packer asked the postal worker if he wanted the packages moved closer to the truck.

And the value of all those records is no throw away number.

USPS in Phoenix would not interview with FOX 10 about the package hurling incident, but officials are aware of what happened and apologized to Esposito.

A statement reads in part:

"The situation has been addressed with the employee. This is clearly unacceptable behavior that does not reflect the efforts of the thousands of professional, dedicated carriers in our workforce."

The spokesperson could not say if the employee was reprimanded at all, citing the federal privacy act.

"It’s a very difficult job and I applaud the post office for that and in my experience everybody at the post office has been fantastic, but at the same token, I feel bad for my customers. The experience of spending a lot of money on a record.. if you spend $200 to $300 dollars on a record, you’re excited about it. It’s a release that you maybe have waited months for it finally comes in the mail, you get it, and it’s been destroyed," said Esposito.

Esposito says he wants his customers to know how much work his store puts into packaging and that this behavior will not be tolerated.

"We’ll definitely be keeping a close eye on it and make sure the packages enter the truck safely." 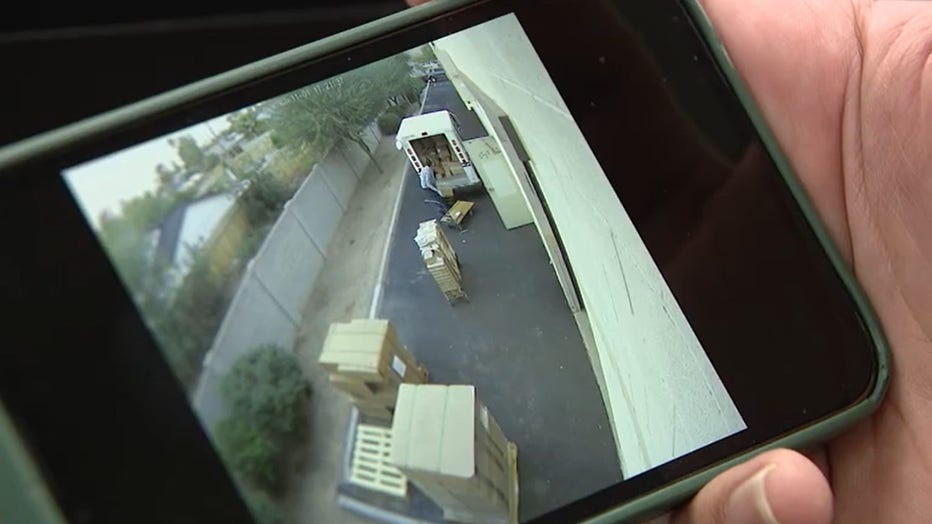