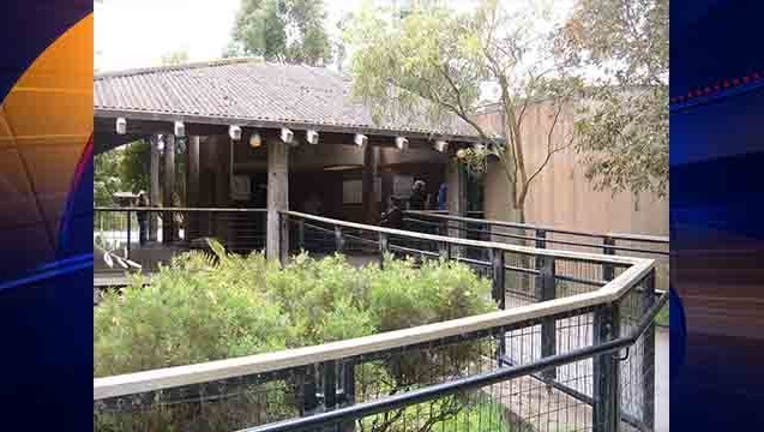 SAN FRANCISCO (BCN) - Allegations that upper management at the San Francisco Zoo eavesdropped on employees using a radio communication system as a bugging device has union teamsters demanding the zoo uphold their employees' right to privacy.

According to Teamsters Local Union 856 representative Tim Jenkins, the San Francisco Zoo's executive director Tanya Peterson and its vice president of operations Robert Icard both have radios equipped with spyware

giving them the capability to listen in on zoo employees' private conversations without their knowledge.

Jenkins said almost all employees at the zoo were issued the new portable radios around six months ago, but that only two of the radios can be used to eavesdrop on employees as they go about their workday.

He said the radios are equipped with a feature that can pick up conversations that were not intended to be broadcast across radio waves, even as employees speak candidly with co-workers in bathrooms, during lunch breaks or during a phone call with a spouse or medical physician.

Teamsters Local 856 officials claim that this type of "eavesdropping" could be in violation of both state and federal laws and that they are calling for a full investigation.

Peterson said in a statement that the zoo's recently purchased radios were not intended for listening in on the private conversations of zoo employees.

"Zoo management has no interest in monitoring conversations of its employees," Peterson said.

She also said that the emergency monitoring function on the new radio system was a vendor feature designed to assist with medical and safety emergencies.

Peterson said that when she was made aware of the radio's capabilities to listen in on employees, the feature was disabled.

But Jenkins said disabling the emergency monitoring feature is not enough.

The union, which represents about 100 non-managerial employees at the zoo, was approached on March 12 by a whistleblower, identified only as a non-union manager.

The whistleblower contacted a union steward to tell them that he had heard Icard secretly listening in on an employee and making fun of the way that person talked.

On Monday, the union met with zoo officials and confirmed that the portable radios could be used to eavesdrop on employees, but zoo officials maintained that it was a well-intended safety feature.

"We were shocked and appalled and disgusted," Jenkins said.

He said the Teamsters have obtained outside counsel to investigate possible violations of employees' rights, saying that the zoo's IT department requested the spyware, which does not come as a default setting on the Motorola radios.

The employee who was allegedly made fun of by managers as they eavesdropped on him via the radios received a promotion Thursday morning, Jenkins said.

Labor relations at the zoo have been "antagonistic" and the union's request to keep Icard out of the zoo until the investigation was completed was disregarded, Jenkins said.

Teamsters officials plan to hold a news conference Thursday evening in front of the zoo to further discuss the investigation.