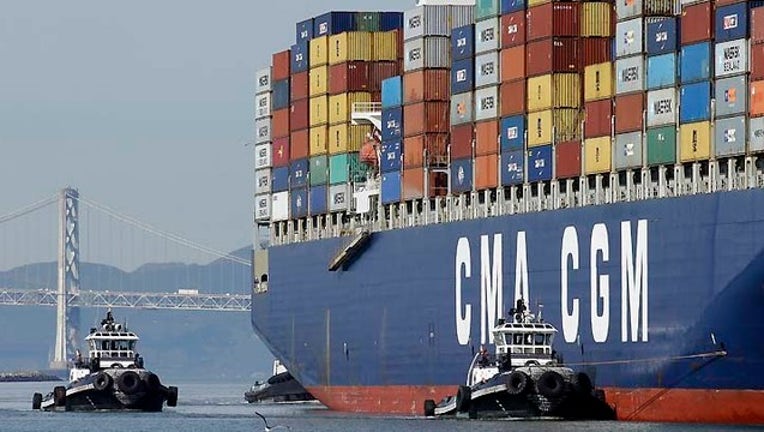 LOS ANGELES (AP) — A tentative contract agreement that restored the flow of international trade through West Coast seaports earlier this year took a big step closer Friday to becoming official, as representatives of the dockworkers' union overwhelmingly recommended that rank-and-file members vote to approve the deal.

Difficult contract negotiations nearly closed 29 seaports from San Diego to Seattle, causing major delays in the delivery of billions of dollars of imports and exports.

Negotiators for the International Longshore and Warehouse Union reached the tentative, five-year deal in February with companies that run the massive ships and sprawling marine terminals which are integral to trans-Pacific trade.

This week, a caucus of 90 union delegates met in San Francisco to study the offer in detail.

On Friday, 78 percent of delegates voted to urge the broader membership to approve the contract, the union said in a statement. The contract covers about 20,000 workers but only 13,000 have voting rights. Votes are cast by mail and will be tallied May 22, the union said.

The tentative agreement restored labor peace on the West Coast waterfront, which handles about $1 trillion of trade each year.

At the height of the dispute, three dozen ships stacked with tens of thousands of containers were anchored outside the twin ports of Los Angeles and Long Beach, awaiting space at already jammed docks. On Friday, there were 13 vessels, according to the Marine Exchange of Southern California.

The executive director of the Port of Los Angeles estimated in February that the traffic jam would take several months to clear.

The Pacific Maritime Association, which represents shipping lines and port terminal operators, said it would not comment on the caucus vote.

Neither the union nor the maritime association has publicly released a copy of the contract.

In a letter to his members just before the final agreement in February, association President James McKenna outlined what he called employers' "last, best and final" offer. It included maintenance of nearly no-cost health coverage, an $11,000 increase in the maximum pension benefit to $91,000 a year, and a $1-per-hour wage increase over each of the five years. Though dockworker wages vary by job and skill level, the average exceeds $50 per hour, according to the maritime association.

On Friday, U.S. Secretary of Labor Tom Perez — who the White House dispatched to resolve the contentious talks — welcomed the caucus vote but cited reputational damage from yet another major disruption at West Coast ports.

Long dominant and still handling about one-quarter of all US international trade, West Coast ports face increasing competition from the East and Gulf coasts, Canada and Mexico.

"Moving forward," Perez said in a written statement, "restoring confidence in the ports must be a priority."